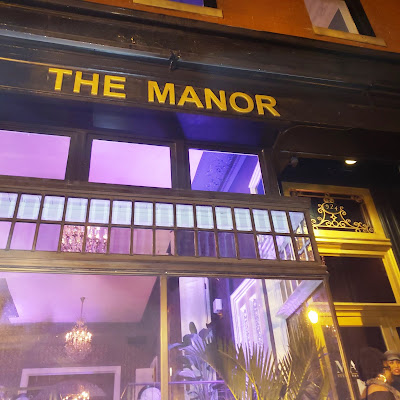 When owners Joshua Persing and Robert Gay announced  in October 2017 the closing of the G•A•Y Lounge that had been in operation for six months in Baltimore’s Mount Vernon neighborhood until a dispute with the building’s owner forced it to close, they vowed to open up a new establishment in the near future.

“While today we announce that we are closing our doors, we also make a promise for the future – This is not the end,” the owners said in a statement then. “We want you to know that we have every intention of coming back, and coming back better than before. When the time is right and the cards fall back into place, we plan to recreate this dream of ours and rekindle the spark that ignited so quickly here in a small corner bar in Mount Vernon.”

They have made good on that promise. 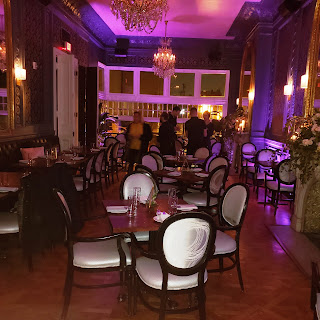 The Manor Restaurant and Ultralounge, located at 924 North Charles Street, opened its doors on February 6 to a large crowd of patrons eager for a new option in the neighborhood. The multi-level building, which had been previously renovated by the owners of The Elephant—a restaurant that succeeded the long-standing prestigious Brass Elephant—had added a few delightful extra touches by Persing and Gay.

Low level lighting, a marble upstairs bar (bars on both levels), crystal chandeliers and freshly cut flowers amplify the chic décor throughout the 10,000-square-foot historic building. A variety of small lounges with sofas are featured as well, which contribute to a romantic atmosphere.

The Manor is seeking to carve out its own niche. According to its Facebook page, “The Manor is bringing Mount Vernon an eclectic venue on the cutting edge of style - featuring a vast selection of worldly cuisine, EDM and house music, weekend entertainment & Baltimore’s best drag brunch.”

The owners’ goal with the G•A•Y Lounge was to market to a gay clientele given the closing of the Club Hippo. However, the outreach of The Manor will be broader.

“We are not going to be gay-centric, but we are going to be gay friendly,” Persing told the Baltimore Fishbowl. “We’re trying to give a home to those people who enjoyed our last bar and restaurant in Mount Vernon as well as provide a home to everyone in the community.” 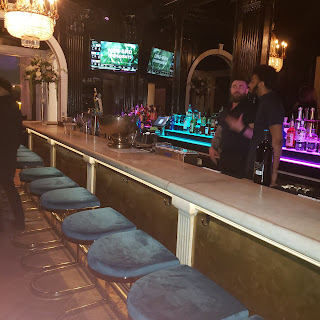 Persing had told the Baltimore Fishbowl  that The Manor will be different from his last venture and will take advantage of the building’s history and grandeur. He said the business is named The Manor because 924 N. Charles St., started out as a “manor house” in the 1800s.

The reviews thus far have been very positive.

“The attention to detail is second to none. The food and drink were spectacular. I can’t wait to go back,” posted one individual to The Manor’s Facebook page.

“A must go to for a chic fun night out! Exactly what Baltimore was missing,” posted another.

And this one: “Most likely the most beautiful restaurant in all of Baltimore. The staff, the food, the ambiance, the decor is simply fascinating!! The cocktails are made to perfection. Parking is available. This is first class at its best. Hands down, a must go to whether a local or tourist, you must go!!!!”