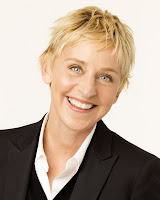 When it was confirmed that Ellen DeGeneres, arguably America’s favorite lesbian, replaced Paula Abdul as the fourth judge on American Idol’s fabled panel, media observers were wondering if this was a smart move for the show or not.
Can someone who is not a music expert adequately judge singing contestants (in the early rounds) and critique (in the final 13)? Will Ellen overplay her incredible personality and dominate the panel? Will she blend in well with the other panelists? Will the audience miss Paula by the sixth week?
In my view and having been an Idol fan since Season 2, I think the choice was a coup for the show. Ellen DeGeneres has a sparkling wit and smooth charm matched by few others. While not a music expert despite her frequent dancing on her daytime show, Ellen, what she brings to the table is the perspective of the average audience member, if there is indeed such a category.
Randy "Dawg" Jackson is a loveable, colorful record producer and musician whose musical props are well established. Last season’s new (but unnecessary) judge, Kara DioGuardi, is attractive and spunky and also has a strong musical background.
Caustic Simon Cowell—the true draw on the show with his brutal honesty—has been a TV producer for years and has a keen ability to recognize talent—good or bad.
These are all exemplary qualifications for the panel. Ellen will be able to critique, however, from a fan’s point of view—something that hasn’t been tried before.
In replacing loopy Paula Abdul, Ellen offers sharp, droll unpredictability contrasted to Paula’s sappy predictability. Rarely did the oft-verbose Paula choose to zero in on the obvious flaws of a contestant. Rather, she usurped her time by praising the wardrobe or hairstyle of a contestant whose performance may have left a lot to be desired.
Paula sought to be liked. And that irked her acid-tongue foil on the panel, Simon, for his mission was to be disliked.
Being an out lesbian on the panel may mitigate the all-too-frequent homophobic jibes that Simon launches at Ryan. While not mean in its content, it once again reinforces those pesky stereotypes that are still out there.
Although American Idol has topped the ratings charts each season, there is a sense among the producers that the show is in decline. To be sure, the actual viewership is eroding if you look at the raw numbers.
There is a palpable concern that the audience is experiencing American Idol "fatigue" and that the show has a limited life span. Indeed, the panelists’ contracts are always a source of drama, and if a mainstay like Simon Cowell should depart, which has been a real threat for the past two or three years, it could sink like a stone.
For these reasons, the producers have tinkered with the original winning formula and added the fourth judge among other tweaks. What they have not remedied is the flawed and seemingly unfair voting process whereby "tweens" and others can text in their votes by the hundreds because of their passion towards a particular contestant.
There have been unconfirmed reports that Clay Aiken’s home state of North Carolina was virtually blocked out of the voting during the finals due to "technological" reasons. Similar horror stories surfaced concerning the voting in this past season’s final between the charismatic and talented (and yes, gay) Adam Lambert and the boy-next-door crooner Kris Allen. Some have even suspected the outcome is rigged.
Nonetheless, notice how all the buzz on the recent Idol tour was about Lambert as opposed to Allen. Look at the commercial success of Aiken compared to Ruben Studdard—his competitor and winner of Idol’s second season. Does winning the title actually matter? Or is talent and popularity the real winning formula?
As we embark on Season 9, Ellen DeGeneres is expected to create buzz of her own. In show business, buzz, especially if positive, often equals success.
Ellen should save American Idol, at least for now.
www.stevecharing.blogspot.com
Posted by Steve Charing at 10:55 AM