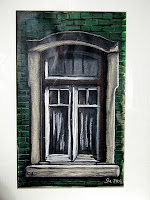 By Steve Charing
Back in March 2009 when President Obama's approval rating was still gaudy, I wrote that we had a window of opportunity to secure key legislative LGBT victories. ENDA, the repeal of "Don't Ask, Don't Tell," repeal of DOMA and the passage of a comprehensive hate crimes bill (recently enacted) all seemed within grasp.
The President's popularity, his campaign promises, and a more lgbt-friendly Democratic-controlled Congress created the formula for potentially historic victories in the lgbt arena. The time was right.
I also opined that we needed to seize this window of opportunity now because things can change in a hurry. In March I wrote:
"If history has taught us anything, nothing lasts forever. Mr. Obama could stumble as the economy tumbles more. He could be accused of allowing “bonus-gate” to erode an already low trajectory for consumer confidence. There could be an international crisis—somewhere, anywhere. Patience could easily wear thin. .. Anything can happen that could derail this presidency."
And so it did.
Much of the country now seems angry at President Obama and his policies. They rail against a 10% unemployment rate because he couldn't wave a magic wand to instantly fix the bleeding economy he had inherited from 8 years of Bush-Cheney. He was stuck with 2 wars, a healthcare crisis that needed mending, and giant corporations and financial institutions about to go under that would have led to a worldwide depression had there not been government intervention. In fact, had such calamities taken place, we'd be at 40% unemployment or worse.
Nonetheless, people are angry and fed up. This was evidenced in the Massachusetts debacle. The anti-incumbent fears are growing—nationally and locally—which is likely to result in a slaughter for Democrats in November unless there are dramatic improvements.
While Democrats in Congress (and the President) have been slow to act on LGBT initiatives due to other priorities, such as the economy, healthcare and national security, imagine the prospects of success with the GOP either in control or in a position to squash any progressive legislation. The Republicans win on "Gays, God and Guns."
Yes, the window is closing real fast—nationally and locally.
In Annapolis, the anti-incumbent environment will indeed affect how lawmakers react during the current General Assembly; therefore, the prospects for LGBT successes are just as dim. There is absolutely no chance whatsoever that the Religious Freedom and Civil Marriage Protection Act will be passed in this session even if brought to a vote.
This bill, as is the case of the measure that would offer protections based on gender expression and identity, has been tied up in the Senate Judicial Proceedings Committee the past few years because Senate President Thomas V. "Mike" Miller wants to maintain, if possible, a super majority of Democrats and is loathe to bring additional controversial measures to the floor.
Moreover, lawmakers who are squeamish about marriage equality are emboldened by the actions of their counterparts in New York and New Jersey, not to mention the voters in Maine that prevented same-sex marriage from becoming a reality. They will not stick their necks out on this hot button issue. Not this year. They have enough on their plates as they grapple with the state's severe budget deficit and the political posturing that accompanies such debate.
Same-sex marriage is not an issue that will see the light of day, despite the best efforts of activists. It's simply a casualty of the political reality on the ground.
In November all delegates and senators are up for re-election, as is the governor. There could be major changes in the composition of each chamber, and there is a possibility that Robert L. Ehrlich, Jr. (or his wife Kendal) could move back into the mansion. Who would have thought that after 2006? There is an angry electorate, so anything is possible.
That doesn't mean we should give up. Far from it. We still have a chance, albeit a slight one, to make progress in 2010. But that window is closing fast in Washington as well as in Annapolis.
www.stevecharing.blogspot.com
Posted by Steve Charing at 11:49 AM