Do You Recall the Most Famous Snowflake of All? 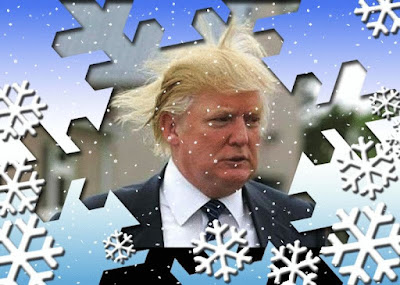 We have now officially hit winter and our minds drift past the holidays and imagine snowflakes on the horizon. I can’t help but thinking of how the word snowflake crept into our political discourse particularly over the past five years.

Trump supporters have consistently derided liberals as snowflakes. They use the word as a pejorative description, sort of name-calling, but I venture to guess many of them do not know the meaning of pejorative.

As Dana Schwartz wrote on GQ.com several years ago, “There is not a single political point a liberal can make on the Internet for which ‘You triggered, snowflake?’ cannot be the comeback. It’s [sic] purpose is dismissing liberalism as something effeminate, and also infantile, an outgrowth of the lessons you were taught in kindergarten. ‘Sharing is caring’? Communism. ‘Feelings are good’? Facts over feelings. ‘Everyone is special and unique’? Shut up, snowflake.”

I interpret snowflake to mean weak, insecure, feelings hurt easily by criticism, can dish it out but can’t take it, cowardly—in other words, melts like a snowflake. Using that concept, only one person stands out to be the most famous snowflake of all, and that is former president Donald Trump.

We know that Trump cannot accept criticism or enjoys being made fun of (he’s not alone in that).  But he, more than most, stews about it for unusually lengthy periods of time or he will lash out immediately when such criticism is leveled at him or if he’s a brunt of a joke.

Remember when President Obama gave Trump the what-for during the president’s monologue ten years ago at the White House Correspondents Dinner?

“I know that he’s taken some flack lately,” Obama said of Trump who was present. “But no one is happier, no one is prouder to put this birth certificate matter to rest than The Donald.”  Obama went on further to mock Trump’s birther efforts.

Trump sat there motionless at his table as the camera trained on him. It’s impossible to feel heat off an image on TV but this may have been the breakthrough. Trump was seething as the rest of the audience of politicians, journalists and celebrities merrily laughed at the barb.

Trump hates that stuff—being scoffed at and such. He showed it at press conferences, rallies, even overseas on official business. And don’t get me started on the criticism of his appearance. The vanity-driven narcissist does not take that well. Thin (and orange) skinned for sure, but a definite snowflake. 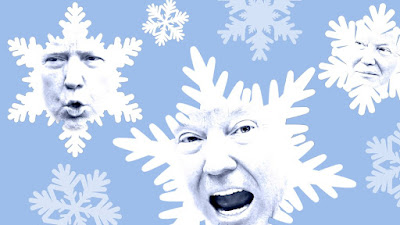 Then there is Trump’s cowardice. He laments at the fact henever received a Purple Heart but clearly doesn’t understand that to do so, you must have sustained a wound in combat serving in our armed forces. That could not have happened with Trump because on five occasions he successfully received draft deferments based on bone spurs that rendered him unfit for military duty.  But he still longs for that medal.

When there were demonstrators near the White House following the murder of George Floyd, Trump was reportedly taken to a bunker in the mansion. He denied that, of course; it would make him look weak, which he is. He earned the moniker “bunker boy” at the time.

On January 6, 2021, during his speech that incited the violent insurrection, he implored his faithful to march to the Capitol and fight like hell or there won’t be a country anymore. He pledged to join them but instead exited stage right and headed back to his bunker, er the White House to gleefully watch Trump flags and poles being deployed to smack police and smash windows and doors of the people’s house.

But the most important and most dangerous reason he is the king of the snowflakes is his incapability to accept defeat.  Whether or not Trump truly believes his baseless big lie about the 2020 election being “stolen” and in which two-thirds of those identified as Republican go along, this snowflake cannot admit he lost.

It is amazing he hasn’t come to grips with defeat before given his multiple failed marriages, numerous lawsuits, embarrassing bankruptcies including casinos that dent the illusionary armor of his being a great businessman, the takedown of the sham Trump University and on and on.

But when it comes to elections where he has twice lost the popular vote, the snowflake melts in the sunlight. 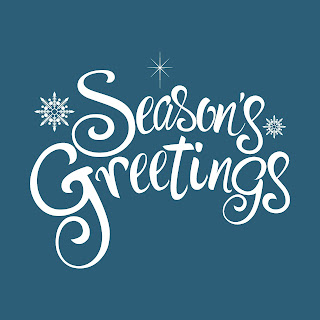 Posted by Steve Charing at 4:12 PM