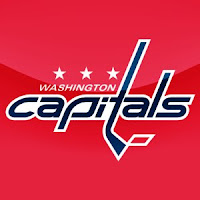 I am blaming Coach Bruce Boudreau for another epic disappointment for the Washington Capitals fans in the post-season, as much as I like him. Here is a team with two solid goaltenders; the highest scoring team by far; a team that led the league in power play efficiency; and was the NHL leader in total points, home points and road points and could not muster more than one goal in each of the last three games in a losing effort.

Yes, Halak was outstanding as was Montreal's tenacious defense. I give them all the credit they deserve, and I hope this over-achieving team wins the Cup.

I also acknowledge that Caps defenseman Mike Green took a step—perhaps several steps—backwards. He was lost, ineffective and was clearly the worst defenseman on the ice. Forwards, such as Alexander Semin, although he showed good efforts at times, seemed confused and lacking in confidence. Who wouldn't be confident if he shot around 40 times at the goal and was stymied by Halak at every turn. Never mind the countless shots that were blocked. And his failure to score in the post-season is incredible. Remember when former Cap great Mike Gartner was traded for Dino Ciccarelli in 1989 for that very reason?

But this loss belongs to Boudreau. He had come on for Glen Hanlon three years ago at mid-season, and the Caps have not stopped winning—except in the playoffs. Why the offense shuts down in a playoff series, why the goalie can't make a key stop, why an important faceoff is not won during the month of April is beyond comprehension. And why can't they stop the opposition on the penalty kill and why did the Caps vaunted power play, loaded with star caliber players, so anemic (1 for 33)?

After observing that almost every shot a Cap player takes has been blocked, why were there no adjustments to the approach? When noticing the power play, an enormous weapon during a playoff series, was so discombobulated, why wasn't the scheme changed. The players ran around like chickens without their heads, and I cannot recall one power play opportunity of the 33 when there was sustained pressure.

The curse of the Washington Capitals is well documented and historic. It's historic because this was the first number 1-seeded team to blow a 3-1 lead in games to an 8-seeded team. What an accomplishment! This curse makes the one-time "curse" on the Boston Red Sox seem pale in comparison. At least, to my recollection, the Red Sox never had the best record in the majors only to lose in the post-season. The Caps did just that—first round no less to a team that eked by to get in and had been outscored during the regular season.

Yes, you can blame underachieving forwards and defensemen. You can blame bad puck bounces and even credit the opposition. But this one is on Boudreau. He didn't get this team ready from the get-go; they never led going into an intermission, and the worse offense is that he did not make the in-series adjustments needed to get the power play on track to overcome a stingy defense.

Posted by Steve Charing at 3:45 PM