Is Any Presidential Candidate Electable?

As we move to the next phase of the primaries season, it is interesting to note that “electability” was not the number one factor on the minds of both Democrats and Republican primary voters in New Hampshire.  Other issues had priorities above electability, which is understandable. 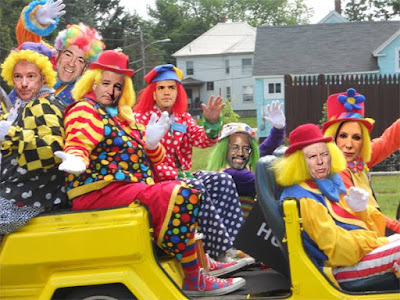 However, the importance of electability cannot be overstated with so much at stake.  In assessing the current crop of candidates, it is a real challenge to see where any of them are electable given their weaknesses and the history of presidential campaigns.
On the Democratic side, the field is down to just two hopefuls, which will make decision-making on the part of Democratic voters more clear-cut.  However here are the challenges facing each one.


Bernie Sanders occupies the left flank of the party highlighted by his ideas to end corruption and influence by big corporations in elections.  He also favors some form of wealth distribution through increased taxes on the rich and taxing equity transactions.  Sanders also advocates free tuition for public colleges and health care for everybody using a single payer system.
They are noble causes to be sure but impractical given today’s hostile and dysfunctional Congress.  Sanders is counting on a “political revolution” to pressure Congress to enact these proposals.
Unfortunately for his supporters, these ideas will be mocked by opponents when they will hammer home the point that he wants to hand out free food, houses and automobiles as well.  You know how they operate.  #hocopolitics


Sanders’ arguments play well in states like New Hampshire but he will be slammed by a Republican opponent, should he win the nomination, as one who wants to raise taxes—a proposition that never works in presidential elections.  They will likely hurt him in important battleground states, such as Ohio, Pennsylvania and Colorado.  His supporters believe working people will rally around him.  We’ll see.
He and the media have portrayed Sanders as an outsider, but with over a quarter century in the Congress, that may be a hard pill to swallow.  At this point, his electability is an issue.


Hillary Clinton is by far the most qualified and best prepared candidate to occupy the Oval Office.  She is smart and savvy and is fully knowledgeable about domestic and foreign policy.  Her strategy of aligning herself with President Obama and his policies is wise for the primaries as the President is popular within the Democratic Party.  She would have to loosen that grip, however, in the general should she be the nominee as Obama’s approval rating is still below 50 percent. 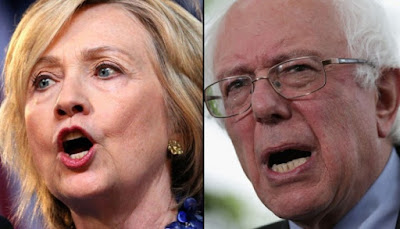 With all that is going for her,  Clinton is burdened by scandals—real or imagined—that plays into the narrative of a potential Republican opponent.  To his credit, Sanders has eschewed the email flap, donations to the Clintons’ foundation, paid speeches made to Wall Street corporations, her body of work as Secretary of State and other areas of concern, but her Republican opponent would have a field day.  Plus there is the problem of “Clinton fatigue” and her inability thus far to connect with young people and women who are under age 65.  These groups are essential if there is any chance for the nomination and the general election going forward.
The Republican candidates, now winnowed to a somewhat manageable list, had been derisively called by Democrats a “clown car” and for good reason.  Few had shown any potential to be the president and commander-in-chief because of their extreme right wing views on domestic and foreign policy and their inability to demonstrate that they have a grasp on the issues.  Some haven’t even presented their policies in a coherent way.  They are good at bashing Obama and Clinton and for the most part, they are scary.


Leading off is the giant who has sucked all the political oxygen out of the GOP race: Donald Trump.  Aside from his brash bravado, which is totally obnoxious, he has insulted women, Mexicans and other Hispanics, the disabled, Muslims, the list goes on.  He has not presented himself as presidential and gets his foreign policy information from TV shows. Trump shrugs off unemployment statistics gathered by a non-partisan entity as phony but believes the rate of unemployment could be as high as 42 percent.
The trouble with Trump is that he says what many Republicans (including candidates) believe but they have enough of a filter to prevent such outlandish statements in public.  Right now, Trump is the one to beat, but it is extremely unlikely he is electable in the general.


Ted Cruz has the challenge of being born in Canada, which Trump will use to cast doubt on his electability.  Moreover, he has the unique position of being reviled by both Democrats and Republicans.  He comes off as sleazy as much as frightening given his ultra-right wing views.  His leading the shutdown of the federal government cost the taxpayers $24 billion so that will work against him, too. He’s not electable.
Marco Rubio, if he recovers from his near-fatal robotic performance on the debate stage, is somewhat plausible but I see more meltdowns down the road.  He comes off as lazy and misses too many Senate votes.  Rubio has a penchant for running more against Obama who is not a candidate than trying to knock off the frontrunner Trump.  He would make a decent vice-presidential candidate but nothing more.

Jeb Bush is the biggest underachiever given the size of the war chest that is financing him.  Bland and burdened with the Bush name, he is not going anywhere.


John Kasich is the most moderate in the field but is no moderate and would make a good addition to Trump’s ticket should the reality star prevail.   His over 100 town halls in New Hampshire garnered only 16 percent of the votes cast in a second place finish.  How can he muster the same amount of energy in the remaining contests?  He can’t and won’t.
Dr. Ben Carson is hanging in there but his precipitous drop in the polls is a reflection of his bizarre comments and stunning lack of knowledge.


So there we have it.  I will not predict the finalists yet but I can safely say that one of these folks will be elected as the 45th President of the U.S.  I just don’t see how.
Posted by Steve Charing at 5:36 PM

Of the Republican candidates, the ones who scare me the most (and they're all scary) are Rubio and Cruz, both viciously anti-gay and religionistic. I don't see a desire to serve "all the people" from either of them. I agree, otherwise that none are electable, though I was hoping I could hear more about Kasich's views, but I'm not optimistic about what he has to say.

Our two Democratic candidates have great ideas and my general philosophy on life aligns closer to theirs than any of the Republican candidates. I wonder if a Clinton/Sanders ticket is realistic and would unify progressive Americans.

I am more optimistic for the Democrats than Republicans if only for my perception that they're able to discuss ideas in their debates much more than the Republicans do in theirs. They seem to bash the President and Democrats more than discuss ideas on how they'd like to serve the country.

Kasich's views (and he is no moderate on many issues) go like this: