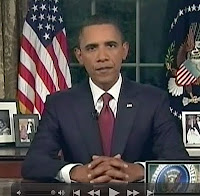 2010 is certainly not winding up to be President Barack Obama’s favorite year by any means. While achieving some victories, such as health care reform and Supreme Court appointments, the continued sluggishness of the economy and its inherent unemployment, the “shellacking” he endured in November’s elections and his inability to gain any traction on any of his other priorities have tormented the President on many levels.

What could be worse for him is that he not only lost, at least temporarily, independent voters as evidenced by the elections, and from the outset of his presidency he has been hammered by the right wing of the Republican Party (expected), but Obama is also allowing the progressive wing of the Democratic Party to slip away. Among them, LGBT folks, once huge supporters of the president, are disappointed and angry.

The latest struggle in dealing with the extension of the Bush tax cuts proved Obama has lost his hold on those very Democrats who pushed him over the top in 2008. He needs to get back his base. He needs to return to his core principles and his campaign promises. He needs to show some feistiness, some fight or he will be a one-term president.

One way to help fix that is a nationally televised speech from the Oval Office on the Senate’s failure to enact the repeal of “Don’t Ask, Don’t Tell.” Although I am not a speechwriter, I suggest something along the following lines:

My Fellow Americans (note the “birthers” will already be snickering):

When I addressed Congress and the Nation during my State of the Union Address on January 27, I called for the end of “Don’t Ask, Don’t Tell.” I said, “This year, I will work with Congress and our military to finally repeal the law that denies gay Americans the right to serve the country they love because of who they are. It’s the right thing to do.”

I believed that then, and I still do. With many problems facing our country this year both at home and abroad, I focused on some immediate steps, such as reforming the health care system and doing whatever it takes to get our people back to work and our economy back on track. If I didn’t directly and aggressively push Congress on the repeal of the discriminatory policy of “Don’t Ask, Don’t Tell,” I do apologize, because it remains a high priority to me and my Administration.

In late May the House of Representatives did vote for the repeal of the law as did the Senate Armed Services Committee as part of a broader Defense Department spending measure.

However, key opponents of the law asked that a survey be undertaken of our troops to determine if the repeal of “Don’t Ask, Don’t Tell” would cause significant disruption to unit cohesion, readiness and effectiveness.

That survey commissioned by the Department of Defense and conducted by the Comprehensive Review Working Group has been completed and reported earlier this month. It found that a significant majority of those troops who responded said that they would have little or no problem serving alongside a service member who is gay or lesbian. In addition, more than 9 out of 10 who were aware of gay or lesbian troops in their unit did not oppose repeal.

The repeal of this law, which has accounted for nearly 14,000 discharges of qualified, patriotic service members—many with critical skills needed for our nation’s security—has been supported by Defense Secretary Gates; Chairman of the Joint Chiefs, Admiral Mullen; members of the Joint Chiefs themselves, and countless current and former military leaders, such General Colin Powell. Moreover, a vast majority of fair-minded Americans, including a majority of conservatives, are in favor of overturning this law.

To my great disappointment, despite this mounting body of support for repeal as well as the evidence contained in the Comprehensive Review Working Group report, the Senate by 3 votes failed to vote on the bill. Another attempt for repeal is underway in Congress as a stand-alone measure.

All along, I firmly believed that since “Don’t Ask, Don’t Tell” needs to be repealed by legislative means. Since the 1993 law was put in place by Congress, it should be overturned by Congress.

However, as Commander-in-Chief, I see this discriminatory law harmful not only to our patriotic Americans who are willing to fight and die for our country, but it also impairs our efforts in the global war on terrorism and our defense in general.

Accordingly, I have decided to take the following steps should the repeal of “Don’t Ask, Don’t Tell” not be accomplished during this Lame Duck session of Congress:

First, as Commander-in-Chief, I am empowered during a time of war to use the measure called stop-loss. As such, effective immediately, I order that no further discharges of gay or lesbian service members be permitted under “Don’t Ask, Don’t Tell.”

Second, I am instructing the Justice Department to stop appealing federal court cases challenging the constitutionality of the law as these cases make their way through the judicial system.

This country was founded on the principles of equality and justice for all. To discriminate against a class of people who are otherwise qualified to serve in our military runs counter to the values for which our men and women in uniform have fought and died throughout our history to defend.

“Don’t Ask, Don’t Tell” has been a blemish on our nation, and as President of the United States, I am fulfilling my promise by ending it now and forever. Accordingly, we will now join the other 35 nations who allow gays and lesbians to serve openly in their armed forces. As I said in my State of the Union address, it is the right thing to do.

Posted by Steve Charing at 3:34 PM