Equality Maryland at the Crossroads 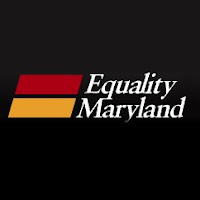 April had not been a kind month for Equality Maryland, the state’s largest LGBT rights organization. The two signature legislative issues managed by Equality Maryland—marriage equality and gender identity protections—did not succeed in the 2011 General Assembly although the environment was ripe for passage for at least one.

Following each defeat (the bills were actually recommitted to committee instead of an up-and-down vote being taken in the second chamber) finger-pointing ran amok. Strategies and leadership were called into question, especially after the Civil Marriage Protection Act failed to advance in the House of Delegates although it sailed through the Senate.

Outside organizations (national partners, such as Human Rights Campaign, Gill Action and Freedom to Marry) were accused by many in the community of pushing the ultimate decision to recommit the bills, and Equality Maryland was blamed for allowing these organizations to maintain that degree of influence in what had been deemed by many as a local matter.

As to the gender identity bill, the trans-community was divided over the removal of “public accommodations” from the legislation to overcome a potential obstacle in the vote. The fury on both sides was intense and became personal. Many who were upset that the public accommodations component was stripped from the bill worked to defeat it. Although Delegate Joseline A. Pena-Melnyk, the sponsor of the bill, had made that strategic decision, Equality Maryland drew much of the ire as they backed the delegate.

The controversial firing of the organization’s executive director Morgan Meneses-Sheets also in April by the Equality Maryland Board did not help repair the public relations stain that had begun to envelop the organization. This was amplified by the resignation by Matt Thorn, the newly appointed Director of Development (fundraising), in protest.

The Board’s clumsy denial that Meneses-Sheets was actually fired was not productive as she had stated that it was not her decision to leave. There needed to be clarity and consistency in what had transpired, not contradiction.

And the appearance of a “gag order” to prevent Meneses-Sheets from talking to the media also fosters suspicion. When an organization reaches out to a community and asks for donations and volunteers, there should be transparency and accountability. Shunning the media or keeping things secretive only serves to erode confidence.

Many assumed that the firing of Menses-Sheets resulted from the failure to enact one or both of these critical bills. People even drew the sports analogy that when a team fails to deliver, the ownership usually axes the coach or manager. So it didn’t come as a major surprise that this action was taken.

However, according to a credible source familiar with Equality Maryland who spoke to Baltimore OUTloud on the condition of anonymity, the decision to terminate Meneses-Sheets was made as early as January. Even if these bills had passed, the Board was still going to dismiss Meneses-Sheets following the 90-day General Assembly.

There had been pressure placed on the Board by a number of lawmakers to remove her. It was a “communications” problem that, in part, led to the decision. Legislators believed she was too public by disclosing sensitive strategy while the Board was upset that she did not consult with them before she took a variety of actions or made statements.

This same source indicated that the role of the national partners during the last legislative session was troubling. “HRC and Gill Action seemed to play off each other. HRC saw this as a fundraising opportunity and each organization wanted to claim credit had there been a victory.”

Equality Maryland’s use of national partners has been questioned given that many believe that only local advocates would be more effective. The collaboration with these organizations gave the appearance that they were actually running the show. That perception further weakened Equality Maryland’s standing with some parts of the community.

Moreover, there is speculation that a new advocacy group will emerge to lead the marriage fight and a different organization will step forward to advance gender identity protections.

As April was mercifully coming to a close, Equality Maryland stood at the crossroads between becoming an effective state-based force in advancing LGBT rights or being perceived as irrelevant.

Only a week following the departure of Morgan Meneses-Sheets, the Board announced the selection of Lynne Bowman, a founder of Equality Ohio, to serve as the Interim Executive Director. She also served as the Director of Programs and Services for the Equality Federation, the national association of state-based LGBT organizations and possesses over two decades of experience in holding myriad leadership positions.

From all that can be gathered by reading posts on blogs, this is a very popular choice. I had the opportunity to speak with Lynne Bowman on the phone, and she impressed me as determined, and knowledgeable.

Her first order of business is to “stabilize” the organization from within and repair the public relations mishaps that beset the organization particularly over the course of the past month. Bowman’s guiding hand will be required to reassure a skeptical LGBT community.

This is crucial for the survival of Equality Maryland. Unless confidence is restored, much needed fundraising would not be accomplished and its impact on legislation would be reduced.

I still maintain that Equality Maryland has the infrastructure in place and the necessary contacts to overcome the disappointments of 2011. With Lynne Bowman at the helm, at least for the next four months, and if the LGBT community and allies get behind the organization, the ship can be righted. This is imperative because as of now, Equality Maryland is at the crossroads.