Why We Cannot Leave the Game 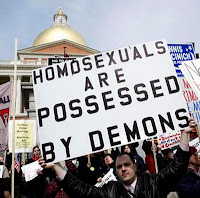 In contemplating the future of the LGBT movement, Editor Dana LaRocca commented last issue: “I do not know what my New Year’s resolutions will be for Baltimore OUTloud. It will not be ‘all marriage, all the time.’ We will get that, and we will achieve gender identity rights. However, if newspapers like ours and organizations like Equality Maryland and the HRC are to have any legitimacy after those goals are achieved we will have to look at a larger picture or choose to leave the game.”

Yes, marriage equality and gender identity protections will come our way at some point. It is possible they can be accomplished as soon as 2012 or it can take a generation to achieve these worthy objectives. Who knows? But even if these goals are realized, there is plenty of unfinished business to justify the existence of LGBT organizations and periodicals.

For one thing, passing marriage equality in Maryland (and that’s assuming there’s a successful effort to thwart a voter referendum) is merely one step in a process. Unless DOMA is repealed or struck down by the Supreme Court, same-sex marriage will not reap the full benefits or portability of heterosexual marriage.

Gender identity anti-discrimination laws are a good thing, of course. Still, with such protections codified in Baltimore City, trans-folk are being harassed, physically attacked or murdered. Baltimore County does not have such protections on the books. But even if it did, do you think that would have prevented the impromptu rage-beating of Chrissy Lee Polis at a Rosedale McDonald’s? But laws are needed nonetheless.

There is plenty of hate still around. All you need to do is read the message boards on any news item that is related to our community. The anti-gay vitriol is intense and widespread coming from all over the U.S. and it is even seeping into the presidential race.

A candidate for the presidency of the U.S. from a major political party, Rick Perry, appears in a campaign video decrying the repeal of ‘Don’t Ask, Don’t Tell.’ “There’s something wrong with this country when gays can serve openly in the military,” Perry says as he ambles through the rural woods. This is a popular sentiment among the candidates within the Republican Party and among the party faithful as well—at least with the “social conservatives” (read: bigots).

A gay soldier who put his ass on the line in Iraq is booed by audience members when he discloses his sexual orientation in a question at a Republican debate. The candidates, yappy otherwise, were mute. No one on the stage or even the moderators called out the booing (and disrespect).

As Secretary Hillary Rodham Clinton so poignantly expressed during her recent U.N. speech in Geneva, “Many LGBT Americans have endured violence and harassment in their own lives, and for some, including many young people, bullying and exclusion are daily experiences. So we, like all nations, have more work to do to protect human rights at home.”

Indeed, if hatred, homophobia and transphobia were non-factors, it would be much easier to implement zero-tolerance anti-bullying measures in our nation’s schools. There is still considerable resistance, and it stems from this bigotry.

The anti-gay messages spewed by government leaders and other sources foster the hate and intolerance that is still pervasive in our country. It legitimizes discrimination, if not outright violence, when jerks hear these epithets.

And that doesn’t include all the religious zealotry that dominates the conversations. Cherry-picked verses in Scripture have always been used to justify discrimination and intolerance since the Bible was ever “published.” But similar verses are ignored when they become inconvenient. How about parents stoning their children to death when they are disrespectful? That doesn’t count, I suppose, but it’s in there.

“Progress comes from changes in laws,” Secretary Clinton continued in her speech. “In many places, including my own country, legal protections have preceded, not followed, broader recognition of rights. Laws have a teaching effect. Laws that discriminate validate other kinds of discrimination. Laws that require equal protections reinforce the moral imperative of equality. And practically speaking, it is often the case that laws must change before fears about change dissipate.”

But for laws to change there must be progress in educating the uneducated on these matters, especially lawmakers. It’s a long road but one we must continue to travel.

There will be a lot of work ahead of us beyond the attainment of marriage equality and gender identity protections in Maryland. Other key legislation, such as the federal Employment Non-Discrimination Act (ENDA) must be enacted. The same goes for immigration equality. Firm anti-bullying measures in the nation’s schools must also be put in place.

To repeat Secretary Clinton’s call for action, “we…have more work to do to protect human rights at home.” As such, LGBT organizations and newspapers will continue to be rather busy at least until the needed laws are enacted and the rants on message boards and political ads are reduced to the irrelevancy they deserve.

To do so, we cannot leave the game.