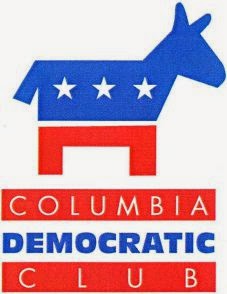 The Columbia Democratic Club (CDC) issued endorsements for Democratic candidates for the primary elections on June 24, 2014 and the general election on November 4.  To win an endorsement, each candidate had to receive 50 percent plus 1 of the ballots cast.  Only CDC members who are residents in Howard County were eligible to vote.  Over 200 participated.


Following are the endorsements by the CDC: