Ryan Frederic, who is in a tough fight in District 9 for Maryland State Senate, would bring a fresh perspective to Annapolis on job creation, growth and fiscal responsibility. 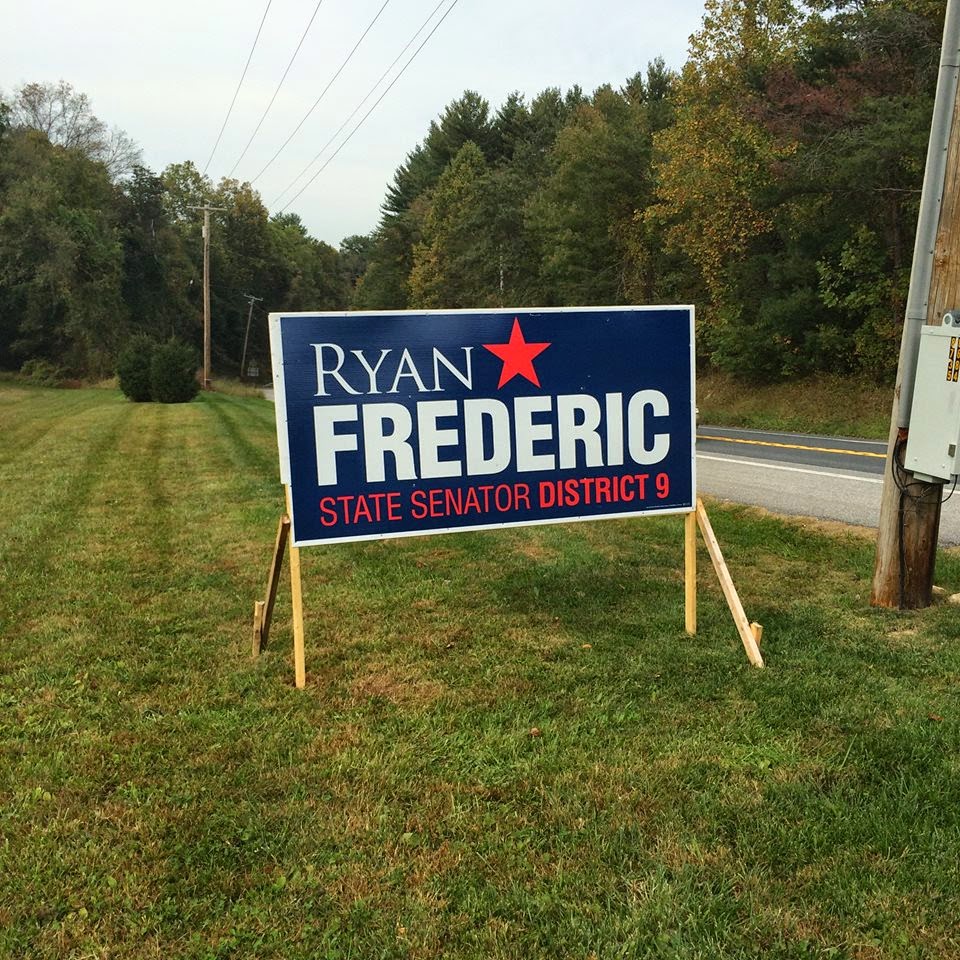 His opponent, Gail Bates, does not reflect the values of Howard County.  She fought tooth and nail to derail any attempts to pass legislation that would allow marriage for same-sex couples and nondiscrimination protections for transgender individuals.  In fact, she has opposed every piece of legislation that would benefit LGBT couples and families.


Mrs. Bates continued her assault on equality during the referendum in 2012 but to no avail.  The law conferring same-sex couples the same rights, benefits and responsibilities that heterosexual couples take for granted was upheld during the referendum battle despite Gail Bates’ unabashed opposition.  In Howard County voters supported the measure by nearly a 3 to 2 margin reflecting Howard County’s values of inclusion, equality and diversity.
Several years ago when the struggle for marriage equality was in its infant stages, I, along with a bunch of good people from PFLAG, testified before the Howard County delegation at the Howard Building in support of the cause.  While all the other legislators, regardless of where they stood on the issue, listened attentively with respect to each person testifying, Gail Bates, sat with her head bowed, averting any eye contact and seemingly paying no attention to what county citizens were saying.  #hocopolitics


This lack of courtesy and respect, which was clearly noticed by all of us who testified, further demonstrated Mrs. Bates’ eschewing the values of Howard County.

With her poor record on equality Mrs. Bates does not deserve another election victory.  We should support our fellow Democrat Ryan Frederic.

Amen! The Howard County Times, in endorsing Bates, apparently doesn't care about her entirely negative voting record or positions on issues. (If anyone's interested, I could document much of her record.) It apparently suffices for the Times that she has been in office a while. Ryan Frederic is far superior on the issues. I'm confident that he could learn his way around Annapolis well enough to do the job. Shouldn't positions on issues be more important than simply being there?