Hollywood’s Journey Down the Rainbow Path

When openly gay Neil Patrick Harris strutted out on the stage of the Dolby Theatre in Los Angeles to host the 87th Academy Awards, one would think that the battle for gay rights received its own statue.  After all, NPH became the first ever openly gay man to host the iconic TV special.  Not only that, but he has now hit the trifecta of award show hosting that also includes the Tony awards and Emmys.  Can the Grammys be next for the grand slam? 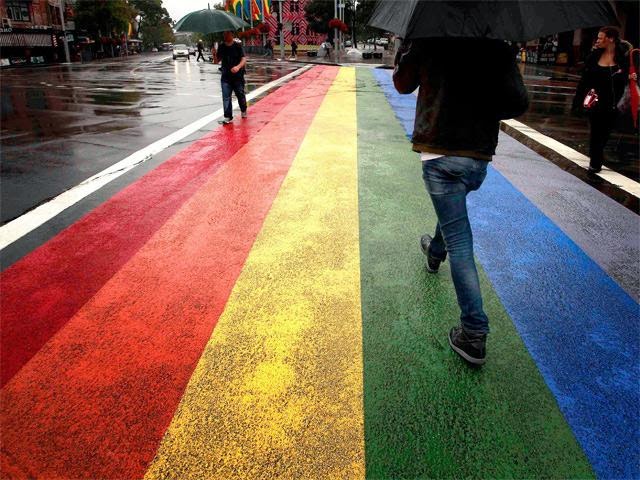 This is no small feat given the audience numbers that each of these major shows attract bring tons of advertising dollars to the networks.  Therefore, it behooves the shows’ producers to put on stage someone whom the TV audiences will accept and enjoy.  And they seem to have no problem with the multi-talented and popular gay man, Harris.
But do these accomplishments signal the end of homophobia in Hollywood?  Over the years there had been a homophobic mindset in some of the producers and decision-makers in the film and TV industries causing numerous LGBT performers to remain in the closet lest their careers be in peril.


Homophobia like racism or misogyny is a state of mind, an attitude, that just doesn’t simply turn on and off like a switch.  To fully eradicate these attitudes, succeeding progressive generations will likely be less and less bigoted, so in the long run, the prognosis is good.
Unquestionably, there has been a huge amount of progress regarding attitudes towards LGBT folks in Hollywood (film and TV) with an increasing number of LGBT characters on TV shows, in particular, and more being employed.  This is following a national trend towards LGBT acceptance.  But we’re not there yet.


“People are what they are, believe what they believe, and I think most open-minded heteros have evolved over the last 40 years,” a straight, long-time Hollywood-based comedy writer, told me through an email interview, whom I will name “Frank” for this piece.
“There have always been gays and lesbians in Hollywood,” he says.  “Face it, any business that regularly employs choreographers, dress designers, set decorators, hairdressers, and makeup people, will have gays in it.  So unlike many businesses, the movie industry has had gays, working side by side with straight folk.”


Frank points out that in the 70s, they were mostly closeted. “They were there, we knew who they were, for the most part, but they weren't talking about it.  When it came to writers and directors, I will say that gays were few and far between - again, people were in the closet, so I am assuming there were gay writers (other than Bruce Villanch) out there. But I didn't know any myself. Was this homophobia, or was it a different cultural phenomenon?”

“Ellen’s personal life met up with her character. Dramatic series had gay characters. The world was changing.”


The emergence of West Hollywood as a city in 1984 helped push acceptance. “Suddenly, everyone paid attention to a place, which was mostly known for its bar scene,” explains Frank.


“Gays in WeHo were out of the closet, not just gay businesses and bars, but gay politicians, city councilmen and mayors. There was a city where the rights of the gay community mattered. A city adjacent to Hollywood, Beverly Hills, and West L.A. - places where people in the industry lived and worked. I can’t prove that this created change in the industry, but I don't see how it couldn’t. The Pride parade was on local cable TV. The gay national religious holiday - Halloween - was celebrated on Santa Monica Blvd. with mixed crowds, again on TV.  This causes greater acceptance.”
Frank also credits the producers who inserted gay characters on such TV shows in the 1990’s as MTV’s Real World as agents for change and in particular, the saga of an AIDS-stricken cast member in San Francisco.  “Pedro Zamora, a man living with AIDS, and AIDS activist, became a national symbol. An entire generation, through the proxies of the assortment of people in that show, not only saw someone gay, but someone who lived and loved in the face of the disease which people still feared.”

He also recalls talking with Norman Lear later in the decade regarding the increase in gay writers.  “The change was noticeable,” Frank said. “Ellen’s personal life met up with her character. Dramatic series had gay characters. The world was changing.”

Shows like Survivor, in its first season with gay Richard Hatch as a star, was huge.  As was Will & Grace and now Glee, which Frank characterized as the “gayest show ever” and ironic that it is on FOX.  Now shows like Modern Family and Empire make good use of gay characters.
He explains that Neil Patrick Harris came out in the middle of the run of How I Met Your Mother.  “The amazing thing about that is that his character could best be described as a ‘rampant heterosexual’ - a man whose life revolved around sex with women. Nobody commented about the fact that a gay actor was playing that role; people were able to separate the character on TV from the actor who played it. This is a massive advance in the world.”

Frank states, “If TV is the great enlightened arena of entertainment, movies are its more timid cousin. Look, it’s not because of homophobia; the only phobia movie studios have is losing money. Unfortunately, there are many countries around the world which practice institutionalized homophobia. Not little ones - Russia, China, India, the continent of Africa. We may have to wait a while before studios will risk a gay version of Sylvester Stallone starring in a major action picture.”


Progress, to be sure, but the rainbow path still has its bumps.  A recent Williams Institute survey of SAG-AFTRA members indicates there are still issues regarding homophobia and transphobia within the entertainment industry. Read the results here.
Posted by Steve Charing at 1:10 PM

Just a little fact check - Ellen hosted the Oscars last year and she is just as out and just as LGBT as NPH.

Ellen Degeneres was an openly gay LBGT person when she hosted the 86th Academy Awards the year before Neil Patrick Harris.