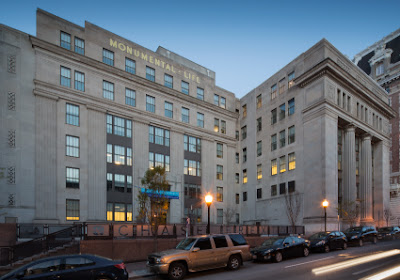 From Baltimore to San Francisco, the aftershocks of the firing of five long-term professionals by Chase Brexton Health Care are being felt. The terminations that began August 8 were alleged to be retaliation for their desire to help unionize doctors, social workers and other medical staff within the company or to intimidate workers.  The push to organize is ostensibly related to poor working conditions and increased workloads that hamper patient care.
These actions have set off a wave of anger within the LGBTQ communities with at least one online petition drive underway.


“Chase Brexton fired five employees in an effort to intimidate workers leading up to a union vote,” says the introduction to the petition started by Sam Williamson and has over 1,500 supporters. “The workers are organizing against poor working conditions and policies that threaten patient care. As those patients, we are outraged that the people we depend upon to keep us healthy are being treated in such detrimental ways.”
The statement continues, “Right now, CEO Richard Larison and the executive team of Chase Brexton are failing our communities.”


An official comment from Chase Brexton’s management has not been released, but Becky Frank, vice president of development and marketing, told the Baltimore Sun, “We are fully aware of what is going on here with the union trying to come in. We are fully focused on continuing to provide quality patient care.”

The workers were seeking to join 1199 SEIU United Healthcare Workers East.  The union filed a complaint with the National labor Relations Board accusing Chase Brexton of firing the workers to intimidate other workers.
Quality patient care is the core issue which concerns the community as many low-income transgender individuals would be impacted.


“The firings in the case management area makes up the majority of what makes Chase LGBT- focused patient care.  It very much what provides the vital parts of trans care,” says a former case manager who asked not to be identified. “Trans people have few options as it is. Getting rid of those people is a direct threat to LGBT care.  The organization would focus on addiction care and heterosexuals only without them.  LGBT care isn't profitable.”
FreeState Justice issued a statement on August 12 that was signed by a dozen local LGBT organizations in response to the firings.


“All too often, LGBTQ folks are left without service providers they can trust. As LGBTQ focused organizations across Maryland, we are deeply concerned that the termination of key Chase Brexton staff members may result in deteriorated trust from the communities we serve.
It continues, “We also believe that workers’ rights is an LGBTQ issue, and we support the rights of all workers to form a union.  Fostering a healthy work environment is essential to recruiting and retaining the best team possible, which we believe is a key component of countering structural marginalization against the communities we serve.”


The Pride Foundation of Maryland removed Chase Brexton from their safe spaces map until the company “resolves this matter in a way that does not threaten the livelihood of LGBT employees pursuing their legal right to unionize.”
Gilles Lee Stromberg had been a patient at Chase Brexton since 2012, and it remains as the primary care provider.  Then Gilles moved to San Francisco for graduate school.

“My doctor was the last one to give me a hug and well wishes and said if I needed ANYTHING, if I was stranded over here in SF, that they’d hook me up.  At my lowest point, being able to see her I feel really saved my life.”  That person is Jill Crank, who was the fifth person to be fired this week.


The employees will be voting to join the union on August 25.
Posted by Steve Charing at 5:28 PM