Hold off on Impeachment

The latest attempt is ill-timed and ill-advised. 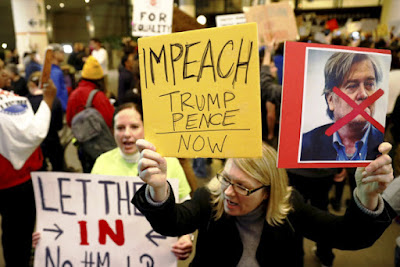 Six Democrats on November 15 signed a resolution to introduce five articles of impeachment against President Donald Trump. According to Politico, They “charge that Trump obstructed justice when he fired FBI Director James Comey; that he has violated the Constitution’s emoluments clause by continuing to frequent and profit from his businesses; and that he has undermined the federal judiciary and freedom of the press.”  #hocopolitics

A Republican House Judiciary Committee aide said in response, “Under the Constitution, impeachment is an extraordinary remedy to remove certain elected officials from office who have committed high crimes and misdemeanors. It’s the policy of the committee to consider impeachment articles if and when the constitutional criteria for impeachment exist.”

For those Democrats, this may have been a cathartic move for their constituents or the 40 percent of the country that would want to see the president impeached.

Moreover, California billionaire and Democratic mega-donor Tom Steyer has launched an impeachment drive and is demanding that every Democratic candidate make impeachment the centerpiece of their 2018 campaign.

Trump “is a threat to the American people,” Steyer said last week in an interview with ABC News. “Why aren’t people willing to stand up and say that? I don't understand it.”

Democratic leadership has put the kibosh on that. “I’m not making [impeachment] a priority,” Pelosi told LA Times columnist Doyle McManus last week. “If you're going to go down the impeachment path, you have to know you can do it not in a partisan way.”

Democrats may want an impeachment effort to go forward but independents aren’t on board yet.  A Politico/Morning Consult Poll this month found that although 40 percent of voters believe the House should begin impeachment proceedings, 49 percent disagree. 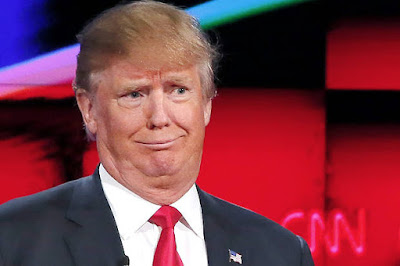 While many in the country see Trump as unfit for office and a national embarrassment—his mental instability, incessant lying, lack of intellectual grasp of policy, unqualified appointments to the cabinet and judiciary, the nepotism in the administration, his affection for world despots especially Russian president Putin, his unhinged obsessions with Hillary Clinton and Barack Obama, and, of course, his childish and his reckless tweets—the impeachment process must meet a high standard, and proponents of impeachment should systematically try to gain bi-partisan support for it to work. Pelosi is correct.

Democrats do not control either body of Congress, and while most Democrats and a good number of Republicans would prefer that Trump not remain in office, nothing will come of an impeachment effort now.  To be sure, Republicans are terrified of ticking off Trump’s base and would like nothing more than to avoid a Bannon-led primary to unseat them. Therefore, you can’t count on them.

If Democrats make impeachment the focus of their 2018 campaigns without offering a positive rationale for voters to support their own candidacies, all they will accomplish is bringing out the Trumpsters to the polls in droves as their loyalty to him though faltering slightly is still strong. It would accurately appear as a politically partisan effort.  This would compromise the Dems’ efforts to regain control of the House, if not the Senate.

The dilemma of whether to impeach or not to impeach should find a solution with the Robert Mueller probe into Russian meddling in the 2016 election, possible collusion with the Trump campaign to aid that effort, and obstruction of justice among other criminal charges to Trump’s associates and even his family members if not the president himself.

Mr. Mueller, one of the most highly respected (and feared) prosecutors in the country, is methodically building a case so strong that it will shake the world.  When the findings are revealed—and they will be damning—only then will bi-partisan impeachment and conviction by two-thirds of the Senate be probable because the country will demand it.

Of course, if Trump finds a way to fire Mueller beforehand, that is an impeachable offense in its own right.
Posted by Steve Charing at 1:40 PM

I'm already convinced that Pence is the actual POTUS. Trump is just a diversion. You need to follow the money trail and how/who matched Pence to Trump. It is terrifying story of billionaires who want to rule the world. Pence is actually their puppet.

I agree to some extent and believe that much of Trump's agenda is tied to Pence's ideology.