The Road to LGBTQ Equality Has More Miles to Travel 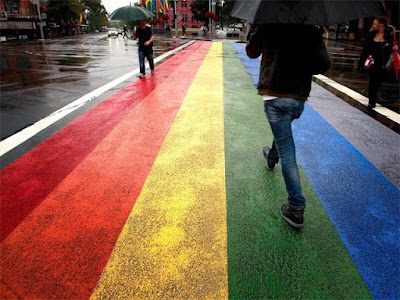 When marriage equality—the ultimate political dream for gay and lesbian folks—became the law of the land in 2013 people figured the hard-fought struggle for equality was over.

Moreover, in Maryland, a non-discrimination law that protects people on the basis on gender identity was passed and signed into law the following year, and ostensibly that was all that was needed, some believed.

Locally, we are fortunate that additional laws protecting individuals from discrimination in employment, housing, public accommodations and lending practices on the basis of sexual orientation and gender identity exist. And we are grateful for all those measures.

Nonetheless, codifying non-discrimination is one thing; changing people’s archaic and bigoted attitudes is a whole different matter. While it is true that polling has indicated there has been a growing acceptance of same-sex marriage as well as more general acceptance of LGBTQ people, the road to equality does not end with those important victories. Rather, there are bumps in the road and dangerous potholes that still need to be navigated.

Hate crimes against all targets have accelerated nationally since the election of Donald Trump, The Southern Poverty Law Center  notes that there have been anti-LGBT groups proliferating throughout the nation and with that, an increase in anti-LGBT rhetoric and a rise in anti-LGBT hate crimes/bias incidents.

This disturbing trend has hit home in Howard County. According to the Maryland State Police in partnership with the Maryland Coordination and Analysis Center (MCAC) , reported hate crimes and hate bias incidents have increased in the county from 33 in 2016 to 43 in 2017, a 30 percent jump. Incidents against LGBTQ individuals ranked third after race/ethnicity/ancestry and religion, in particular, anti-Semitism.

Since that report was released, a representative from the Howard County Police Department told a meeting of the Maryland Coalition Opposing Violence and Extremism (COVE) in December that the 2018 number of hate crimes/bias incidents jumped to 64 in the county with more days left in December.

Keep in mind that these incidents were only the ones that were reported. There is an unknown number in which folks were victimized but were not reported to police for one reason or another. 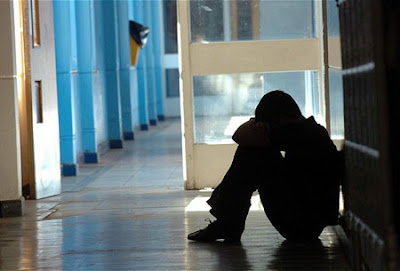 Anti-LGBTQ attitudes are still pervasive in the schools, which is a troublesome situation given that much of the hopes to alleviate this bias have fallen to the youth. Although there are no statistics available for Howard County in particular, GLSEN a national organization aimed at ensuring that LGBTQ students are able to learn and grow in a school environment free from bullying and harassment, indicated in a 2017 report  that secondary schools in Maryland “were not safe for most lesbian, gay, bisexual, transgender, and queer students.”

Furthermore, there have been anecdotal accounts from Howard County students who not only have been victims of bullying and harassment in the local school system but have witnessed such incidents. And one gay student reported that while he was not a victim per se, he had to endure other students routinely and frequently using the word “faggot” unabated in his school gym’s locker room.

The situation is not being helped by adults who have targeted transgender students in their overhyped rhetoric regarding the use of bathrooms. In a recent effort to discriminate against these students, an online petition was circulated to thwart what the petitioner saw as the promotion of the “LGBT agenda” in Howard County schools.

The fear-mongering petition was rife with inaccurate stereotypes and unfounded bigoted statements that among other things, confused sexual orientation with gender identity. The petition was removed by change.org because community members reported the vile language and bigotry contained therein and it was determined that it did not meet the site’s community standards. 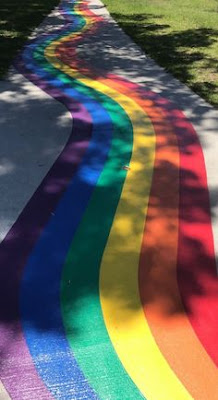 The prevailing problem of bullying in the schools and online is dangerous.  According to The Trevor Project  suicide accounts for the second leading cause of death for young people ages 10 through 24. The rates among LGBTQ youth are disproportionately higher than non-LGBTQ youth.

Recognizing the devastation that youth suicide can cause, Howard County government in partnership with the school system launched a new suicide prevention program  on February 28 called “It’s OK to Ask.”

Despite legal gains, LGBTQ adults continue to feel the sting of homophobia and transphobia.  Same-sex partners, even those who are legally married, cannot enjoy the simple and benign gesture of holding hands in the mall, a park or other public venues without the fear of hurtful slurs or worse, physical attacks, such as the recent attack in Arundel Mills.

Additionally, there is discrimination in the foster care and juvenile justice system, and individuals and organizations may discriminate if such action is founded in their religious beliefs. They can deny a service to a member of the LGBTQ community but their religious convictions won’t motivate them to deny a similar service to say, an adulterer.

For all these reasons, LGBTQ individuals still don’t entirely feel the sense that we are equal. We cannot thoroughly and peacefully pursue a quality of life that other county residents take for granted.
Accordingly, we must keep forging ahead on the road to equality in Howard County and beyond.

We look forward to our community rallying around the county's first LGBTQ Pride event this June, HoCo Pride. Another good step would be for the continuation of the LGBTQ Roundtable or a variation of that vehicle that existed under the previous administration.  This informal quarterly gathering had been an effective mechanism to bring concerns by LGBTQ community members to Howard County leadership and the various government departments, agencies and school board.

The road to equality in Howard County and beyond must continue to be traveled in order to truly move forward.