History has shown that for recent presidential races, experience is overrated.

During the December 19 Democratic Presidential Debate, Sen. Amy Klobuchar chided South Bend, Indiana Mayor Pete Buttigieg on his lack of experience.  She attacked him for “mocking the 100 years of experience” on the debate stage when he contrasted his own time outside of Washington. She said Buttigieg “should respect our experience when you look at how you evaluate someone.” The Indiana mayor, highlighting his military service, responded, “That is my experience, and it may not be the same as yours, but it counts, Senator. It counts.”

To be sure, voters tend to want their presidential candidates to possess significant “experience” if they should find themselves in the White House as the country’s chief executive and commander-in-chief. Moreover, the candidates do not hesitate to present their gaudy resumes on campaign literature and ads, and they prominently display their bios on their respective websites. They believe that is what impresses voters. And opponents will likely pounce, as Sen, Klobuchar did, on those whom they perceive as thin in the resume department. 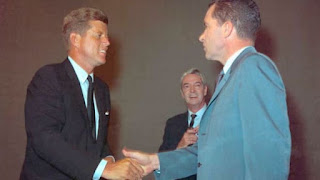 But it takes more than a jaw-dropping resume to be a successful candidate and ultimately a successful president.

History has taught us that the winner of the presidential election often has a lighter resume than his opponent’s.  Nixon boasted much more substantive experience including being vice president for two terms than JFK but the latter eked out a victory in 1960.

The same could be said for Gerald Ford bowing to Jimmy Carter in 1976. Carter, for his part, had executive experience as the governor of Georgia but Ford’s experience, was longer as a vice president (for a partial term) and congressman. Ford’s pardoning of Nixon was arguably the key factor in the contest.

In 1980 Ronald Reagan steamrolled over Carter but the resume was a non-factor. The election, instead, was a referendum on Carter’s presidency and the economy at the time.

It seems nobody had a more impressive resume than 41, George H. W. Bush. Though he lost the Republican nomination in 1980 to the upstart Reagan, his experience did not help him much.  Bush did manage to soundly defeat Michel Dukakis in 1988 but any Republican would have beaten the weak Democratic candidate. 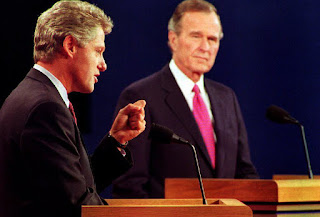 However, 1992 was telling, and it bolsters my argument about how the resume is overrated. Bill Clinton emerged as the Democratic standard bearer. The draft-dodging, pot-smoking, skirt chasing governor of the “small state” of Arkansas as Republicans often ascribed to him clearly did not have the broad experience of Mr. Bush.

But the entrance into the race by third party candidate Ross Perot doomed Bush’s bid for a second term. That plus violating the “read my lips, no new taxes” mantra by Bush, which turned off his own party, sealed Bush’s fate. The resume may have well been thrown out the window.

In 1996 Clinton who was under investigation by Kenneth Starr on a dubious land deal, which ultimately led to the president’s impeachment for lying under oath over an extramarital affair, managed to defeat the beloved war hero Sen. Robert Dole. Clinton avoided military service during the Vietnam War but triumphed over the Purple Heart recipient Dole. Again, the resume did not matter.

Former Texas Rangers executive and Governor of Texas George W. Bush had what seemed like a solid resume. He took on former two-term Vice President and former Senator Al Gore in 2000.  It would appear to be a draw in the resume department though Gore was in government much longer. Bush prevailed with the help of another third party candidate Ralph Nader and the U.S. Supreme Court. Their respective resumes turned out to be immaterial. 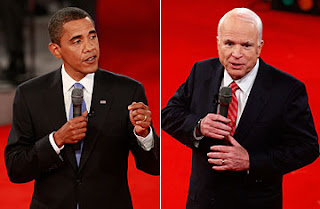 The pattern continued in 2008 when a little-known Senator from Illinois with a funny name as he put it, Barack Obama, defeated the iconic long-time Senator and war hero John McCain.

Then came 2016. Hillary Clinton, a former First Lady for 8 years, a U.S. Senator and ultimately Secretary of State took on the only presidential candidate in history that did not include public service or a military record on his resume. His only credentials he brought to his candidacy was his so-called business acumen. That reputation persuaded enough voters to win though it was revealed Donald Trump’s expertise in business consisted of 6 bankruptcies including casinos of all things and questionable sources of money when U.S. banks declined to grant further loans.

My point is that there is no experience that prepares one to be president because of the uniqueness of the job. It has been and will always be on-the-job training. 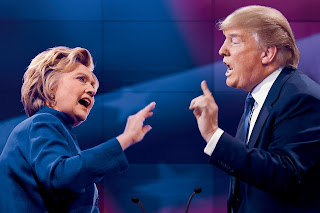 As Elaine Karmack in Fortune magazine wrote, “The federal government today is so big and so complex that presidents – even ones with extensive political experience, but especially those with limited experience – have trouble figuring it out.”

Good judgment, intelligence, a commitment to American values, a strong economy, a vision for the future, and solid advisors and a penchant to listen to them will contribute to the success of the chief executive.

Of course, it is helpful that a candidate possesses executive experience or a legislative background to at least demonstrate that the candidate is knowledgeable of how government works.

But it's not an end-all.

Pete Buttigieg has been criticized that being the mayor of a small city is insufficient to tout executive experience. Yet, Michael Bloomberg had been mayor of a city 80 times the population of South Bend and Cory Booker was mayor Newark, the largest city in the nation's most densely populated state but Buttigieg is polling higher than these two.  Moreover, take a look at the 2016 Republican presidential field with governors Christie, Bush and Kasich--all exiting the race as voters preferred Trump.

There are, however, other factors will determine the outcome of an election, such as likability, the state of the economy, the direction of the country as perceived by voters, a candidate's political skills, ideology, whether or not the country is engaged in a military conflict, and the record and character of the opponent (and the candidate him/herself).

As for a glossy resume leading to an election, history tells us, not so much.

Posted by Steve Charing at 1:23 AM