Who’s the Next GOP's Bogeywoman? 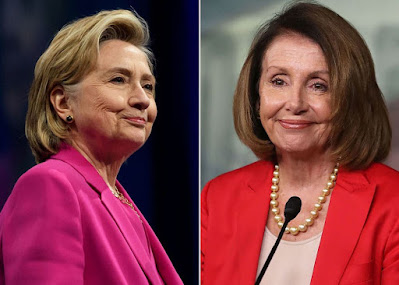 When Speaker Nancy Pelosi announced she is stepping down from the Democratic leadership position, the response by the vapid, classless, near brain-dead Republican leader, soon to be Speaker, Kevin McCarthy, was predictable. “We have fired Nancy Pelosi,” he declared triumphantly as he made it personal. Such statesmanship! Such grace!

That’s who he is. That’s what the Republican Party is.

Republicans as a matter of policy have had a long history of being anti-women from health care to raising the minimum wage to childcare to abortion rights and everything in between. The “grab ‘em by the p***y” former president offered the anti-woman crowd hope. Right wing media with the likes of Tucker Carlson and the late Rush Limbaugh have pushed the misogyny along.

Over the past few decades, the Republican Party bludgeoned Hillary Clinton with their misinformation and disinformation. The campaign against Ms. Clinton had been relentless and began in earnest before she was the First Lady.

Conspiracy theories sprung up like April dandelions. There was absolutely no stopping these baseless onslaughts. But thanks to social media, people believed she was running a pedophilia ring out of a D.C. pizza joint and other nutty stuff.

When Ms. Clinton ran for president in 2016 the GOP had laid such a foundation of negativity that it was almost impossible to overcome, even as she was pitted against a dimwit, narcissistic TV personality and lying conman. Her missing emails became the equivalent of a nuclear attack.

Her role as Secretary of State under President Obama in the Benghazi debacle was investigated over and over again with nothing substantive to report. And who could forget Trump’s never ending moniker "Crooked Hillary "?

The Republicans also attacked Nancy Pelosi ruthlessly over the years. As is in the case of Ms. Clinton, the GOP couldn’t bear the fact the country had a strong, intelligent woman as a leader. This treatment emboldened the Speaker. She stood up to Trump on numerous occasions and embarrassed the former president with her antics at meetings and at the State of the Union Address.

So vitriolic the Republican Party has been towards, Ms. Pelosi, she was hunted down by the members of the violent mob Trump incited on January 6. “Oh Nancy. Nancy? Where are you, Nancy.”

And last month a nutcase broke into her home in San Francisco looking for her to kidnap and perhaps break her kneecaps and wound up banging her husband with a hammer. 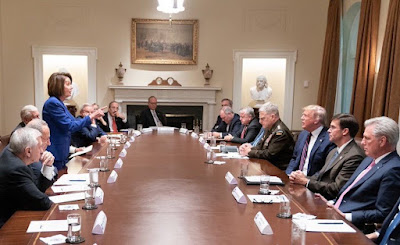 A champion of women and children’s issues, Speaker Pelosi fought for legislation in an attempt to level the playing field for women. She constantly held her caucus together—no small accomplishment given the disparate ideological wings of the party. And the thing that provides her with a great deal of satisfaction has been the progress in seating a more diverse Congress.

“When I came to the Congress in 1987, there were 12 Democratic women.  Now, there are over 90.  And we want more!,” she said during her floor speech on November 17 where she announced her future plans.

Yes, the Republicans have pummeled the likes of Hillary Clinton and Nancy Pelosi for electoral reasons. But make no mistake, the main motivation is fundraising. The GOP has probably raised billions over the years off of these two strong women by a base that is not onboard with strong women leading the country.

Now with Hillary Clinton out of the limelight for the most part and Nancy Pelosi serving out her term as a member of Congress and not the leader, who will be the next Republican bogeywoman?

Republicans have been going after Gretchen Whitmer,  AOC and other members of the "Squad."

Now all eyes will soon turn to Vice President Kamala Harris. She has already taken shots by the Republicans since her term, but will they intensify? It could be at their peril because attacking the first ever African American and female vice president in the manner they attacked these other powerful women may not be received well by suburban women, young people and independents among other groups.

It will happen though. It’s who they are.

Posted by Steve Charing at 9:03 PM