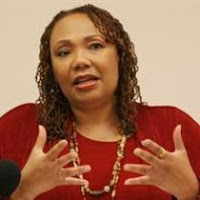 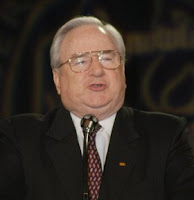 By Steve Charing
Senior Political Analyst
I admit that when the news flashed across my computer screen on May 15 announcing the death of Rev. Jerry Falwell’s death at age 73, I pumped my fist and shouted, "Yes!" To some, I suppose that reaction would be considered irreverent, but I will not apologize for it. I am delighted he’s dead, and to paraphrase our esteemed president when he referred to the fall of Saddam, the world is a better place without him.
On the other hand, news of the death of Yolanda King later the same night caused me sorrow. The civil rights activist and eldest daughter of the late Rev. Martin Luther King, Jr. and Coretta Scott King left us at age 51, but the world, unlike Falwell, is more diminished from her departure.
What these two individuals shared in common is that both appeared to have died from heart-related problems. But it was Yolanda who actually had a heart.
For nearly three decades, Jerry Falwell was enemy number one to the lgbt community and its supporters. Kevin Naff, editor of the Washington Blade, aptly characterized the man as "a calculating charlatan who cruelly demonized and scapegoated gays and lesbians throughout his twisted career."
The founder of the Moral Majority evolved into a larger-than-life figure, literally and figuratively, and became a major force in U.S. politics. Falwell, who was in favor of segregation early on, is widely credited for helping Ronald Reagan capture the White House in 1980, but I believe that’s an exaggeration. Reagan was poised to win it anyway, with help from then President Jimmy Carter, Iran, and double-digit inflation and interest rates.
Nonetheless, Falwell galvanized religious social conservatives to the extent they did vote in strong numbers, particularly in the election cycles beginning in 2000. But to do so, Falwell demonized gay people with reckless abandon. Bigoted rhetoric is one thing; exploiting tragedy is another. And he did so for personal, financial and political gain. This is why I am celebrating his passing.
First he shamelessly exploited the AIDS crisis by blaming it on gays or declaring that it was deserved. He said, "AIDS is the wrath of a just God against homosexuals." Without any evidence of a medical background, Falwell relentlessly attributed the scourge to gays. He never changed his views even with millions dying in Africa and worldwide of AIDS—the overwhelming majority being heterosexual.
Then he ridiculously—almost insanely—blamed gays and lesbians, among others, for the ills of our society, which led to the attacks on September 11, 2001. "I really believe that the pagans, and the abortionists, and the feminists, and the gays and the lesbians who are actively trying to make that an alternative lifestyle, the ACLU, People For the American Way, all of them who have tried to secularize America. I point the finger in their face and say ‘you helped this happen.’" He later apologized, but not without first firing up the religious right and gaining the attention he so desperately sought.
Even more troubling was his ongoing preaching of animus towards homosexuals. He did so in a calm voice and cheesy grin that highlighted his double-chinned bloated face. But he taught lgbt kids growing up that homosexuality was immoral and they are destined for hell. These attacks on gays and lesbians brought dollars to his coffers thereby raising his political viability and influence.
How many families have broken up because of Falwell’s hate-filled diatribes? How many kids attempted suicide because of his degrading messages? How many gay people were attacked and killed using his brand of hatred and Bible-waving as a rationale? That is the legacy of Jerry Falwell.
While Falwell sought to divide Americans, Yolanda King was the polar opposite. As the Rev. Jesse Jackson put it, she had civil rights in her DNA. Yes, Yolanda King was lesser known than Falwell, but she was far more beautiful spiritually and in her view of mankind. She was an actress, producer, motivational speaker and civil rights advocate.
Yolanda King modeled her words and deeds after her revered parents in trying to end discrimination and was pro-gay rights. "If you are gay, lesbian, bisexual or transgender, you do not have the same rights as other Americans. You cannot marry . . . you still face discrimination in the workplace, and in our armed forces. For a nation that prides itself on liberty, justice and equality for all, this is totally unacceptable," Yolanda had said.
According to PlantOut, Inc., Yolanda King was among 187 arrested in a Cleveland in 2000 during a peaceful protest to end discrimination against lgbt people by the United Methodist Church and the Archbishop of Canterbury.
Conversely, her younger sister, Rev. Bernice King, an evangelical, opposed same-sex marriage in a high profile manner by participating in an anti-gay marriage march.
I am saddened by the passing of Yolanda King because she embodied the spirit of her parents and others trying to advance civil rights for all. Jerry Falwell with his dark legacy is the reason we still need people like Yolanda King.
Posted by Steve Charing at 3:02 PM