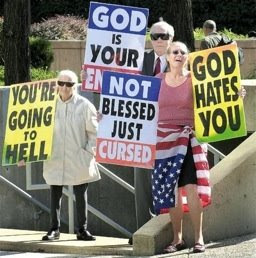 By Steve Charing
The bitter reaction to the Proposition 8 fiasco last month has sparked a debate among gay activists as to the correct course of action we should pursue in our quest for equality. Some favor confrontation with opponents; others seek a more measured approach.
But which would be the most effective? The general lgbt strategy ought to be constructed with an eye towards gathering as much support as possible as opposed to simply fighting our enemies.
As I see it, our country is divided into three groups when it comes to LGBT rights. You have on one side of the spectrum most, but not all, of us. This segment also covers straight allies and supporters and otherwise progressive-minded citizens. They are in our camp. All we need to do is "activate" them more, especially those all-too-many gays and lesbians who are politically apathetic.
On the other end, there are religious people who see homosexuality as a sin. Added to this group are those who have no overwhelming interest in religion but despise, fear or are ignorant of gay people anyway. They are the homophobes; it is unlikely that we can change their minds. Some may come around especially if they discover a lgbt member of their family. But otherwise, their bigotry is entrenched and intractable.
Nonetheless, many gay activists have concluded that fighting for our rights—whether it represents same-sex marriage, non-discrimination in employment or the ability to serve openly in the Armed Forces—should be waged in the churches, synagogues and mosques throughout the country. Churches, and in particular the Mormon Church, have recently been the targets of protests, demonstrations and commentary on the blogosphere following the passage of Prop 8.
To be sure, the religious arguments against homosexuality are open to interpretation and are, at the very least, outdated. As such, the cited chapters and verses in the Bible have been cherry-picked to promote discrimination for eons. Other condemnations in Scripture are ignored while the infamous one in Leviticus pertaining to homosexuality is offered up ad nauseum.
Going to war with religious institutions and their flocks, however, is a losing proposition. This is decidedly true if one is arguing directly with the zealots who push Scripture as the basis for anti-gay thinking. We are not likely to be successful in puncturing their homosexuality-is-a-sin mantra.
Do we abandon the religious segment entirely? Not at all. We should maintain a channel of communication with clergy of all denominations. There is a small chance that some will at least understand the human rights element involved in discrimination and its effect on families and perhaps some may soften their hard line opposition to a degree. So it is worth it to engage religious leaders and establish a respectful dialogue.
But the preponderance of our energy and effort should be directed to the third group—the larger group—which I refer to as the persuadable middle. These folks are not committed to any one position on lgbt rights.
The subject may not interest them. They may be uncertain as to whether granting rights to gays and lesbians would have any consequences. They may have concerns with homosexuality but resent government interference in private lives. Or they may be turned off by religious dogma. This group is generally softer on the issue and, therefore, persuadable. We must educate them as well as our elected officials on our issues.
Fred Phelps and his Westboro, Kansas clan of "God Hates Fags" extremists (see photo) ironically help our cause. Not only does this group hate gays, but they also hate America. They have thanked God for the tragedy of September 11, dragged the American flag along the ground, and defiled military funerals.
This image of insane extremism turns off the moderate middle, thereby providing an opportunity to make the case for equality.
While arguing point-by-point Biblical references to homosexuality with religious citizens usually leads to a dead-end, it is legitimate to debunk some of the biblical inconsistencies when discussing our plight with the middle segment of society. And there is plenty of fodder to choose from, especially in terms of what is a sin. (See this excellent piece by Cenk Uygur on the Huffington Post.)
Moreover, we can make our case in terms of fairness and the impact of discrimination on the tens of thousands of LGBT families. That would help penetrate any resistance on the part of persuadable middle.
Evidence proves that this moderate approach is a winner. Recent polling indicates that we are gaining in all areas pertaining to LGBT rights. It explains why more and more corporations and localities are implementing non-discrimination and/or domestic partnership policies. These shifts are coming from winning over the middle, not from converting the religious right or the homophobes.
The positive trend is attributable to the middle’s feeling more comfortable with gays. Increased tolerance among the youth is a big factor. And as more people come out of the closet, it enhances the probability that someone will actually know a gay person on a personal level and would tend to be supportive.
Accordingly, we should continue to use our energy and resources to target the persuadable middle where the potential payoff is greatest. Let the bigots defeat themselves.
Posted by Steve Charing at 11:09 AM

Evidence proves that this moderate approach is a winner. Recent polling indicates that we are gaining in all areas pertaining to LGBT rights.

I disagree. Recent polling has shown that we are losing ground. We had gay marriage in California. Now we don't. I would characterize that as a loss...wouldn't you?

Also...how much more education can we provide on this issue? We've been there and done that so to speak. And look what we have to show for it. Crumbs, as Larry Kramer would say.

We didn't lose in California because people weren't educated. They were suffciently educated...just not by us. By the time our "community" got off it's ass to address the issue in a meaningful way, the mormon church had it's claws deep into that precious middle you're talking about.

Why are we not screaming in the streets? Why are we not protesting in front of EVERY church that would deny us? It's not so much about fighting those institutions as it is about reclaiming our fire...our drive...and our visibility. In the last 10 years those things have been lost among the Mariah Carey remixes and "straight acting" abercrozombie marketing.

Who are we as community? Right now we are the 10% that laid down and let the oppressors kick us in the head without so much as wimper. Unless we reclaim ourselves as community, history has shown that this will continue to happen...over and over again. Join the Impact you say? What impact? That rally was held on a Saturday. Who did we impact? A few passing cars? Homeless people? Certainly not the people that make the decisions. Besides some masturbatory preaching to the converted, it was a non-event.

If you aren't mad...get mad. This fight will not take place in the legislative session...we've seen how that (doesn't) work. It's time to shelve the "we're just like you" crap. We aren't like straight people. They have rights. I don't know about you...but I'm willing to fight for my rights.