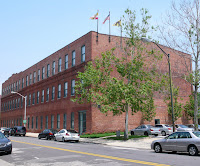 Equality Maryland’s move to Baltimore is welcome, but more is needed than just a change of address.
By Steve Charing
After five years of being headquartered in Silver Spring, Md., Equality Maryland (EQMD) has moved back to Baltimore, and that’s a good thing. Having the organization in our backyard is a win-win for everyone.
Nonetheless, during the time that the organization was based in Montgomery County, it had grown from essentially a one-man-band to employing at least six full-time staffers plus interns and lobbyists with an annual budget exceeding $1.1 million.
While that growth is welcome news for EQMD’s Board of Directors and supporters, the perception that it has been an organization associated with the tony Washington suburbs may have impeded its effectiveness throughout the state.
To be sure, a large portion of EQMD’s donor base resides in affluent Montgomery County as well as parts of Prince George’s, Anne Arundel and Howard counties. Most of these folks are white, male, professional, upper middle class or higher and are largely coupled.
They attend the fundraisers more regularly than the urban dwellers of Baltimore and rural residents from elsewhere in Maryland. This demographic helps to boost EQMD’s coffers but the organization suffers from the D.C. area identity when it comes to the rest of the state.
Lobby Day is a prime example. It is an annual event that consists of a rally in Annapolis as well as scheduled meetings with legislators to help advance the lgbt legislative agenda primarily formulated by EQMD.
Crowds at these rallies have been declining over the years where a few hundred seems to be the norm. And it’s supposed to draw LGBT folks and allies from all over the state. Contrast those numbers to census estimates that indicate that there are as many as 16,000 same-sex couples and over 175,000 LGBT adults in Maryland. A few hundred gathered in the cold in Lawyer’s Mall will not impress lawmakers. A few thousand would. And a strong Baltimore contingent, which had been lacking each year, would fill the place up.
"If we had half the numbers at Pride show up to Lobby Day, we would be patting ourselves on the back," wrote a lesbian from Baltimore on a blog. "There are a lot of folks who don't even know what EQMD is or stands for. How can we hope to mobilize folks if they don't even know about the group who is supposed to be fighting for their rights? In order to move B-more, we have to be in your face. We have to be in the bars. We have to be in the ‘gayborhood’ 24/7."
It is true that thousands of people flock to the streets and park during Baltimore’s Pride festivities, and a good percentage of them are African-American and women. You won’t see most of these folks at EQMD galas, but they are very much a part of our community and cannot be set aside.
EQMD’s relocation to Baltimore is a good beginning. But a special outreach, especially to African-American members of the LGBT community, is not only the right thing to do but it also would be advantageous politically.
EQMD should join forces with such organizations as the GLCCB, The Portal and Black Pride to address critical issues facing the lgbt African-American population of Baltimore. HIV/AIDS, lgbt homelessness and other crises facing black lgbt youth head the list.
It would mean that EQMD, as well as these other organizations, should go to the bars, sponsor the weekly black gay events in Baltimore, linking with black gay party promoters and creating political/strategic partnerships. They would disseminate information and listen to concerns. In other words, they should fully engage, have a strong presence and demonstrate their commitment.
Building support from this community will go a long way towards persuading African-American Democrats in the legislature who are more aligned with conservative black ministers than lgbt folks. Marriage equality and transgender protections have faced roadblocks, and part of the problem clearly lies with these legislators. What makes this so frustrating is that some of these delegates represent heavily LGBT populated districts.
Seizing upon its new presence in Baltimore, EQMD continues to seek ways to make inroads with the African-American and Catholic communities. The Equality Maryland Foundation received a grant from the Arcus Foundation to conduct focus groups in an effort to develop a strategy to increase support for marriage equality among these groups.
I am pleased that EQMD is moving in that direction, and I urge the organization to help establish grass roots political advocacy groups in each of Baltimore’s districts, such as the successful one in District 45 in Northeast Baltimore.
Baltimore is the LGBT population center of the state; therefore, so it makes eminently good sense for EQMD to have a strong presence here. Neighborhoods with sizable lgbt populations abound within the city.
Now that they have moved to Baltimore, it’s time for EQMD to shed its D.C. suburban image and to make itself known in Charm City and engage our entire community more directly.
Posted by Steve Charing at 11:42 PM