Dems need a leader to step up to harness the anti-Trump fervor. 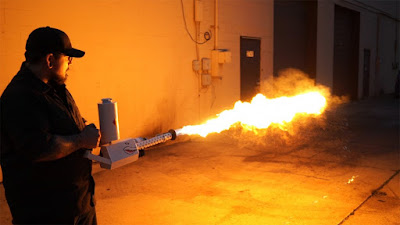 As President Donald Trump continues to offer evidence on a daily, sometimes hourly, basis as to why he is not fit to be president and commander-in-chief, with few exceptions, Democratic officials are perplexingly standing on the sidelines.  This window of opportunity should be seized by leaders who can galvanize the incredible energy stemming from the grass roots’ opposition to the president.   #hocopolitics

The ordinary citizens—mostly disappointed supporters of Hillary Clinton—have established a movement mainly through the use of social media to drive Trump out of office.  They are hoping this can be accomplished either through making it so uncomfortable for him that he would resign, hoping Congress would activate the impeachment process for such offenses as failure to divest from his businesses among other violations, or perhaps his connection to Russia and their efforts to disrupt and influence our democratic election process may be too much for Trump to withstand.

Any of these possesses a low probability of achievement in having Trump “repealed and replaced” (not that Vice President Pence is a great bargain).  However, if handled properly, it could set up a favorable political environment for Democrats in 2018 and 2020.

What the Democrats need is a flamethrower in the way that Newt Gingrich was early in President Bill Clinton’s first term.  It worked.  Even if Gingrich’s personal popularity waned, Republicans gained 54 seats in the House of Representatives and 8 seats in the Senate during the 1994 midterms—a phenomenon known as the Gingrich Revolution.

Whether it be Trump’s attachment to the new health care bill, the unusually harsh (even for Republicans) budget proposal, the bizarre libelous accusation about President Obama’s “wire tapping” (in quotes) Trump and/or associates or most recently Trump’s ill-advised humiliation of German Chancellor Angela Merkel, Democratic officials have responded with a measured tone.

That is not sufficient.

Why not the outrage that these episodes and countless more during Trump’s first two nightmarish months warrant?  The only blowback seems to have come from Twitter accounts or Facebook pages that push for impeachment or resistance and from our friends at MSNBC.

During normal times, statesmanlike responses from Chuck Schumer and Nancy Pelosi would be justified, if not welcome.  These aren’t normal times and a more fiery approach is required.
A local elected official, noting the palpable anger among Democrats, advised a gathering of Democratic partisans to pace themselves since it is so early in Trump’s term.  I disagree given the circumstances.  We must not take our foot off the gas pedal and instead, keep the pressure on.

The “tea party” didn’t pace themselves.  They attacked Obama at every turn, and that helped wrest control of the House, the Senate and now the White House.

Earlier in Trump’s tenure there were numerous street demonstrations.  The Woman’s March was historic and had a great impact.  We need more of the same, and public officials need to get in front and lead these protests.

We also need a leader, a voice, to take this broad energy and funnel it through public platforms to make the case to all Americans.  This is one time when demagoguery is not only desirable but also essential.

Politeness must be set aside until our country is back on the sensible path.  No need to take the high road; it only gets you to the exit ramp.  Of course, this goes against the notion of encouraging civil discourse in our politics.  But these are dangerous times with an erratic, thin-skinned, unstable and dangerous president.

Democrats need a fresh face to take this on.  Who will emerge?  Will it be Sen. Elizabeth Warren, the popular bastion of progressive principles?  Will it be Rep. Tim Ryan of Ohio, a relatively new figure, a centrist who appeals to working class Democrats?  His loss to Nancy Pelosi for House Minority Leader was a shame; the Dems needed to reboot after the debacles of 2014 and 2016.  It also could be Sen. Corey Booker, Sen. Al Franken, Gavin Newsom or someone nobody heard of or a combination of any of the above.

Regardless, the Democrats need a leader to harness this energy before it’s too late.  We need a flamethrower.
Posted by Steve Charing at 9:35 PM

The Dems are like rats fleeing a sinking ship. Both sides are corrupt and it seems that the Dems are letting the right go WAY over the line before they decide to take a stand. You have to have a real impeachable cause. I really don't want Pence as the next one in line to run the country. At least with Trump, you know what you are getting.....liar, narcissist, con man.

Eight years of bipartisan Obamaism have left the Dems neutered & comfortable hiding beneath their desks. Dems just don't do " robust" vis vis Republicans & those few Berniecrats who do, are otherwise treated as the real enemy.