Grand Central in Baltimore is Up for Sale 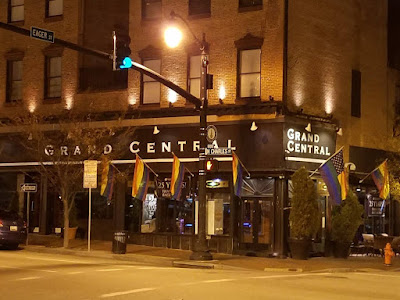 Grand Central nightclub, a mainstay of Baltimore’s LGBT community for over a quarter century has been put on the market.  Citing his age and health issues in addition to the fact that he lives in San Antonio, TX, owner Don Davis is trying to sell the business.  The property and business is a turnkey operation listed with KLNB retail and commercial realtors for $1,850,000.

“It has a thriving business with potential growth,” Davis told me. “It is a historic corner prime property with just under 15,000 sq ft. I priced this with a bottom line turnkey sold as is, with an LBD- 7 on or off premise LGBT / Alternative nightclub and sidewalk cafe license and a entertainment license.”

He said that if the business remained a bar, it would need an owner/operator who would be hands on.   Any new owner would have a variety of options, says Davis. “Keep it the way it is and market and promote it as a business that has so much more potential or keep the pub and make the dance club side a nice restaurant.”

Grand Central, located at 1001 N. Charles Street in the heart of the Mount Vernon neighborhood, has been a popular gay establishment since its opening as a pub called Central Station in September 1991.  Davis later purchased the adjacent north building in February 2003, and reconstruction was undertaken adding a double bar disco with state-of-the-art dance floor, sound and lighting systems, and an additional upstairs lounge. 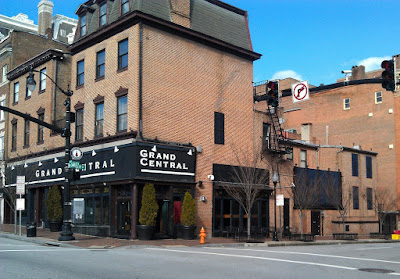 In keeping with the major improvements and new facilities, the club was renamed Grand Central, and the expanded complex opened May 29, 2003.

Diagonally across the corner was the iconic Club Hippo, the largest dance bar in the state.  It closed two years ago leaving the “gayborhood” with Grand Central and two longstanding gay bars, The Drinkery and Leon’s.

“I cannot continue living my life away and have no structure in the place,” Davis says.  “I have always been extremely grateful for a good staff and extremely thankful for the support that Baltimore has given me.  It’s time to pass the torch. I’m 66 years old with some health problems. It’s now for me to relax.”
_________________

AN UPDATE TO THIS STORY
Posted by Steve Charing at 12:37 AM

Don Davis, thank you for so many wonderful years of memories and great times! You'll never be forgotten in Baltimore!

Thank you Don. Hard to find words. Fondly remembering all the good times with you. Thank you for allowing us all to be who we Are, in a place with such a huge impact on our lives. Enjoy retirement my friend.