“In periods where there is no leadership, society stands still.”—Harry S. Truman

To be clear, I was never a fan of George W. Bush, and that’s putting it mildly. As President, I can barely count on one hand the number of times I agreed with him or thought he did something good for the country. But his leadership in the aftermath of the terrorist attacks in New York and Washington on September 11, 2001 stood out.  #hocopolitics

Three days later, while holding the shoulder of an elderly firefighter, Bush stood on top of some of the rubble left by the destruction of the twin towers. “I can hear you!” he declared, speaking into a bullhorn. “The rest of the world hears you! And the people – and the people who knocked these buildings down will hear all of us soon.” The crowd reacted with loud, prolonged chants of “USA! USA!”

What President Bush accomplished in that seminal moment cannot be overstated. He brought an apprehensive America together the likes of which the country has not seen since World War II. It didn’t matter then if you were a Democrat or a Republican, Black or white, rich or poor, urban and rural, we were all Americans and we pulled together and gave President Bush full support at that time.

About 3,000 perished on that fateful day nearly 19 years ago. By contrast today, almost 140,000 have died from COVID-19 with 3 million positive cases in the country. Health officials are projecting fatalities to be a quarter million by November.

The statistics from these two crises in America do not represent the full contrast.  We have a president in Donald Trump who, unlike Mr. Bush, has sought to divide the country and demonstrate zero leadership when leadership is needed most. Rather than unify the country, Trump speaks essentially to his base. There was no national call-to-arms. It was a medley of self-congratulatory messages and exaggerated claims at the same time downplaying the virus’s severity.  He declined responsibility.

It was clear early on that this would be a divisive, politically-charged crisis as I had pointed out in March.

Trump fumbled the ball from the beginning by characterizing the coronavirus as “another Democratic hoax.” He reacted late, and lives were needlessly lost as a result. His followers took his cues and denied the seriousness of the virus, and since Trump eschewed wearing a mask in public for vanity concerns, his followers made mask-wearing a partisan issue. Experts have noted that tens of thousands of lives would be saved had masks been universally worn from the start.

He blamed Democratic governors and mayors for the inaction that his administration is actually guilty of.  Instead of communicating a national strategy for testing, delivering personal protective equipment, articulating consistent guidance, and most importantly, listening to the advice of experts, Trump has minimized the effects of the virus, calling it “embers” and offered dangerous therapeutic treatments. Health experts like Dr. Anthony Fauci, spoke truth to power but Trump would have none of it.

With his sights on re-election, the coronavirus pandemic complicated Trump’s argument that only he can offer a strong and growing economy. As such, he pressured all governors to open up their states after massive shutdowns caused by stay-at-home orders, and the servile governors—especially in Florida, Georgia, Texas and Arizona—dutifully complied but did so prematurely before the number of cases leveled off.  Today those states are hot spots with record-setting numbers of cases each day reported.

By contrast, Trump’s presumptive opponent Joe Biden offered a reasoned, thoughtful and clear approach in dealing with the pandemic. He has been a breath of fresh air during Trump’s chaotic response.

In a scathing indictment on Trump’s leadership, Republican governor Larry Hogan of Maryland opined in the Washington Post  that Trump’s delays in reacting to the virus and distributing test kits have been costly to the states. Hogan also commented on Trump’s leadership.

“Instead of listening to his own public health experts, the president was talking and tweeting like a man more concerned about boosting the stock market or his reelection plans,” Hogan wrote.

Trump cannot face the reality of an election that as of now is slipping away. His substitute for leadership is emphasizing what a great job he is doing though the U.S. leads the world in the number of cases. A fix for that, Trump believes, is to have less testing. If you don’t test, there won’t be cases.  Wow!

What we need during this pandemic with such an uncertain future is not a cheerleader but rather a leader. Our lives very much depend on it.

Posted by Steve Charing at 12:56 AM No comments: 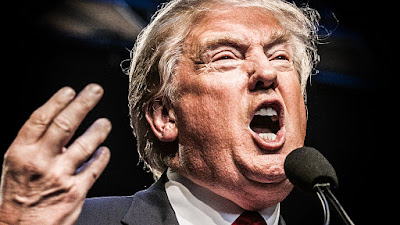 As 2020 rolled around, things were looking pretty good for Donald Trump’s reelection bid. The all-important economy, for which he grabs total credit, was humming along nicely albeit modestly.

Unemployment was at historic lows. The stock market indices were raging at record highs. Trump and the Republicans had amassed a huge war chest advantage over their rivals heading into the election season, and the Democrats were trying to sort out a gigantic field of candidates to determine who would challenge the insufferable incumbent. #hocopolitics

With all his personal flaws, character deficiencies and other foibles, Trump, by all accounts, was in fine shape. Impeachment? No worries. He somehow managed to win the message war. The same could be said for last year’s Mueller report. His flop photo-op diplomacy with North Korea’s Kim Jong-un, his embarrassing performance in Helsinki with Russia’s President Putin and Charlottesville were all in the rear-view mirror.

Pundits marveled at Trump’s good fortune in not being confronted with a crisis, which would have tested his leadership abilities. That ended abruptly with the onset of the coronavirus or Covid-19 at the beginning of the year, which launched a downward spiral that has put his reelection in grave danger.

If Trump could have handled the coronavirus any worse, I can’t figure out how. He has written the book on how not to deal with a health crisis.

Denials of its existence, minimizing the effects of the virus, delays in response, politicization, refusal to accept science, prescribing his own dangerous treatments, politically-motivated pressure on governors to open the states’ economies prematurely, urging schools to re-open without a specific plan to do so, having no national strategy on testing and contact tracing and distribution of equipment, not urging face coverings—all while the toll keeps mounting and the number of cases and deaths leads the world as Trump denies the existence of surges of cases in the Sunbelt and refers to them as embers.

As a result of the stay-at-home orders stemming from the pandemic, the economy tanked. Tens of millions of workers lost their jobs and the country was pushed into a recession.

In addition, Trump has shown no empathy towards those who have suffered and to the loved ones who lost family members. He claims (falsely) that he has done a great job and has saved millions of lives. Trump blames everyone but himself for the epidemic’s carnage, and in particular, China.

While this tragedy continues to play on, Trump was equally inept following the disgusting murder of George Floyd in Minneapolis at the hands (or I should say knee) of a police officer. If there was any doubt that Trump is a racist,  this episode and what transpired since should have erased such misgivings.

Again, Trump showed a lack of empathy though he characterized the murder as “terrible.” He cracked down on protesters, assailed those who engaged in arson and looting as agitators and radical Democrats, sided with law enforcement, and for some weird purpose, he embraced the Confederacy.

No wonder former Grand Wizard of the KKK David Duke endorsed him for president (again). He called the growing Black Lives Matter movement that experienced a resurgence in the aftermath of the killing of Mr. Floyd as a statement of hate. And, of course, he wants to preserve the monuments of those traitors who fought against the U.S. to preserve slavery.

The nexus of these two crises was exemplified by white armed militia types at Trump’s urging entering the state capitol in Lansing, Michigan to protest the lock down of the state due to the coronavirus are untouched. Black men who are unarmed get killed.

Political observers wonder why Trump has been so overt in his racism. It certainly will not expand his base of support. As former Senator Al Franken noted in an interview with Joy Reid, “He already has the racists.”

Besides the devastating political toll these crises has had on Trump as evidenced by diminishing poll numbers in key battleground states, Trump was hampered by an onslaught of other political missteps and bad press. 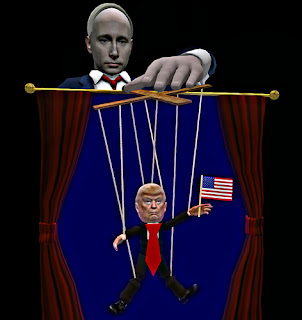 In no particular order, tell-all books by former Director of National Security John Bolton and Trump’s niece Mary Trump painted a horrific portrait of Trump as president and as a man. Former cabinet members and military leaders weighed in as well. Trump’s widely criticized photo-op at a church near the White House did not help matters. Even worse, law enforcement tear-gassed peaceful protesters at Lafayette Square to clear the way for this misguided event.

Then the story surfaced whereby our intelligence agencies concluded that Russia was offering bounties to kill American and coalition forces in Afghanistan. Trump stumbled on this one, too. First he said he was never briefed. Then he claimed the intel was not actionable. Nonetheless, he still has not called Putin to at least complain about it. It is more evidence that Trump still owes the Russian president for helping him win the election in 2016.

It just goes on and on.  The debacle in Tulsa. Several Supreme Court decisions stunned the president. The firing by Trump fixer Attorney General William Barr of U.S. Attorney Geoffrey Berman in the Southern District of New York.   The commuting of the sentence of convicted felon Roger Stone because Stone had the goods on Trump and was protecting him. Everything that he disagrees with is either a hoax, fake news or a witch hunt.

All these events and more have seen the president in a free-fall emotionally and politically. He is in a hole and he keeps digging. What worries me most is that the desperate Trump will challenge the results of the election from those states allowing mail-in ballots. He has already paved the way for this excuse by alleging (without any evidence) that this method of voting is rife with voter fraud. And we can expect more interference from Russia to whom Trump is beholden.

But as of now, Trump is definitely in a downward spiral and he can only blame himself for that but won't.

Posted by Steve Charing at 8:10 PM No comments: