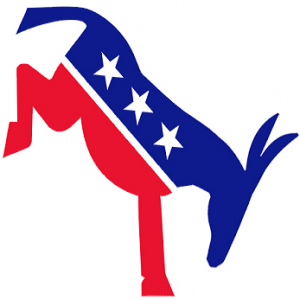 Why We Must Not Forget January 6 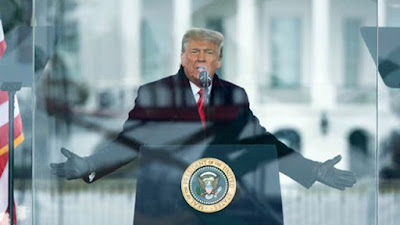 We mark the 6-month anniversary in one of the most fateful days and arguably the most disgraceful day in U.S. history. It was a chilly, breezy and sunny day in Washington D.C. when the outgoing president Donald Trump who had been defeated just two months ago in a free and secure election, had assembled a large gathering of thousands at the Ellipse near the White House.

He used his then Twitter account to summon his supporters on this day aided by his sycophantic megaphones at Fox News and other pseudo-journalistic outlets as well as social media for this rally that is centered on “the big lie,” which states absence of any evidence that the election had been stolen from Trump primarily because of fraudulent votes. He promised the event would be “wild,” an unusual description for merely a speech and rally.

That dangerous and disgusting lie had been disproven and debunked by some 60 courts around the county including the Supreme Court as well as state election officials who tallied the votes over again and certified the election as clean.

Were these Democratic activist judges as Republicans often describe jurists when things don’t go their way? No. Most of them were Republican appointees thanks to the shenanigans of Senate Leader Mitch McConnell and many, if not most, were Trump appointees.

Nonetheless, the lie continued and is alive today with at least half of the people who identify as Republican believing such bubkas.

At his rambling, fact-averse, grievance-laden speech, Trump, a mentally unstable man who cannot accept defeat much less failure, marveled at the expanse of the crowd that included not just his supporters but violent far right white nationalist groups and self-appointed militias.

While he never explicitly ordered the crowd to breach the Capitol where the election’s votes were being certified by both houses of Congress and presided by Vice President Mike Pence, his droning soliloquy amped up the already highly-charged masses to a dangerous froth. The match had already been lit; his speech simply added the fuel.

“Because you'll never take back our country with weakness. You have to show strength and you have to be strong. We have come to demand that Congress do the right thing and only count the electors who have been lawfully slated, lawfully slated…We fight like hell. And if you don’t fight like hell, you’re not going to have a country anymore.” What else could he mean?

We are all familiar with the carnage that ensued. Five deaths, hundreds of undermanned police injured, millions of dollars in damage to our sacred seat of democracy. The very same people who revere the police and who use the “blue lives matter” mantra constantly to counter legitimate protest for social justice especially in policing, had no problems shoving Trump flagpoles in the faces of police officers and using other weapons including chemical spray on those who were attempting to guard our house. That’s right, OUR house.

The rampage continued for hours with the chants “Hang Mike Pence”  and “Where are you Nancy?” were clearly audible in the numerous video clips that surfaced.

The riots, the insurrection was a violent attempt to prevent the certification of the ballot as laid out in our Constitution. This was not a protest of the election results. These thugs in which Federal authorities have already charged 500 and counting on various offenses, sought to forcibly stop Congress from doing its duty. In other words, it was a violent effort to overturn the election.

Democrats rushed to impeach Trump for a second time and presented a compelling case in the Senate. All Democrats agreed to convict the lame duck president; seven Republicans who paid a steep political price later did the same. By a vote of 57 to 43, a substantial margin by any measure, these Senators agreed Trump was culpable. Only the Constitution requiring 67 votes to convict thwarted that outcome.

December 7, September 11 and now January 6—Days of Infamy all—must be remembered as blights on our history and the American people. Republicans are feverishly attempting to minimize the effect of January 6 from denying the severity to minimizing its significance calling the insurrectionists tourists.

They succeeded in stopping the formation of a bipartisan commission to look into the full scope of what happened, how it happened, why Trump did nothing to quell it after it started, how such a travesty could be prevented in the future.

The Department of Justice should be looking into Trump’s role as they would probe deeply had there been a foreign terrorist attack on our country. They’re not as far as I know.

This cowardly disgrace must be remembered no matter how many people wind up in prison. Democrats need to not allow the Republicans to sweep it under the rug. This was an attack on our soil by Americans, not foreign actors.

All the more reason we should never forget. The further the ship sails away from the dock, the smaller the lights appear on the shore. 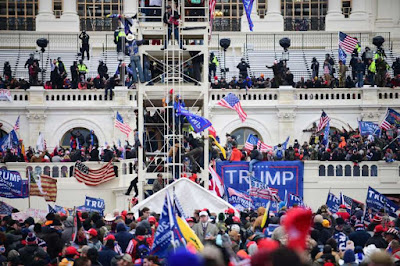 Trump referred to this horrific event as a "love fest" by "tremendous people. Check this out:
Posted by Steve Charing at 5:43 PM No comments: