Trump’s post-election antics will ensure a split country for years to come.

During President-elect Joe Biden’s acceptance speech on November 7, he made the unification of the country a central theme. “I pledge to be a president who seeks not to divide but unify, who doesn’t see red states and blue states, only sees the United States,” he said to a national and international audience.

It’s a worthy goal to be sure and a polar opposite of Donald Trump’s philosophy whereby he seemingly presided over red states only, but sadly, one which will not be realized in the short term and perhaps the longer term as well.

Trump continues to refuse to accept his defeat in an election in which he garnered 6 million fewer votes than Biden but also received the same 232 electoral votes as Hillary Clinton did in her losing bid in 2016—a landslide as characterized by Trump. Blitzing state and federal courthouses in battleground states with lawsuits in a futile attempt to overturn the results, Trump is prolonging the inevitable and shortening the time for a transition of power to be effective.

Recall how during the Mueller investigation, Trump repeated and tweeted ad nauseum the investigation was a “hoax,” a “witch hunt.” “There was no collusion, no obstruction.” Over and over, Trump’s response to the probe included those words. His base believed him. The Democrats had to answer and instead deferred to the eventual release of the Mueller Report, which was effectively, if not accurately emasculated by Attorney General William Barr. Trump won the message war.

As was the case in the Mueller investigation and later in impeachment (“perfect call”), all Trump needed to do is parrot over and over lies about the election like “widespread voter fraud,” “the election was rigged,” and “mail-in ballots are illegal and should not be counted.” Since much of his base chooses to access news that is limited to pro-Trump media outlets and websites and religiously follow his tweets, they swallow all of his false and unproven claims.

A recent Monmouth poll indicates that a startling 77 percent of Trump supporters believed Biden’s win was a result of fraud. Again, he is winning the message war—at least with his base.

Not only is his sore loser attitude damaging our country especially by sabotaging a smooth transition but it is also driving the wedge deeper into a divide that seems unbridgeable.

Republican senators, congressmen and most GOP governors are loath to digress from the Trump messaging though privately they acknowledge Biden won, according to news reports.. Buoyed by the fact that hypocrisy does not lead to an electoral death sentence (think: Merrick Garland/Amy Coney Barrett), Republicans have mostly fallen in line publicly regarding the “legal options” Trump must explore before the election is settled. Never mind that in a much closer contested election in 2016, any hints of recount demands by Democrats were greeted with “sore loser” epithets.

Though he lost the election, Trump still amassed over 73 million votes, which is both vexing and galling considering a quarter million Americans perished while he mismanaged the coronavirus pandemic and his denigration of U.S. troops among other myriad faults. 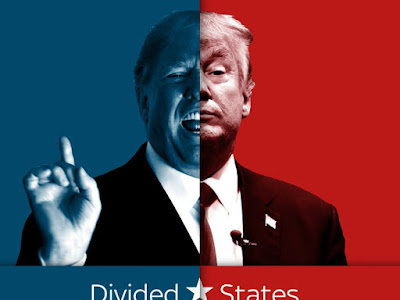 Trump has these folks in his hip pocket and will unleash them in 2024 should he decide to make another go at it. Even more important is the fact that they will move in whatever direction Trump chooses. For example, if Trump does not run again, his endorsement will be beyond potent in such a contest.

Regardless of what Trump decides assuming he has avoided prison time, you can bank on the fact he is not going away; his ego demands he must be relevant. He will Twitter-troll Biden at every opportunity as he did with Obama. Trump will keep his large base animated and engaged. He will do his utmost to keep the country divided. He is already incapacitating the transition and will probably take actions in his final two months to insure Biden’s job is that much harder.

Despite Joe Biden’s best and most honorable intentions, unity will not be in the offing. Trump cannot allow it. This chaos would be Trump’s revenge against Biden, the man who defeated him, and should put a smile on the face of Putin.

Don’t ever say Trump believes in “America First.” Like everything else he spews, it’s a lie.