The Republicans’ Descent into the Party of Hypocrisy 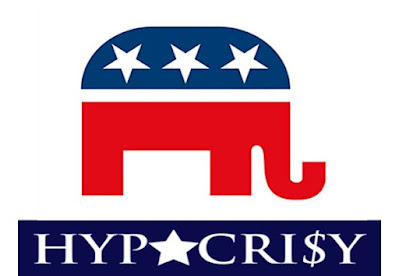 The Republicans call themselves the “Law and Order Party.” Yet House Republicans overwhelmingly opposed the punishment of one of former President Trump’s thugs Steve Bannon for spitting on a lawfully issued subpoena to testify before the January 6 House Select Committee.

They like to call themselves the “Party of Patriotism.” But mostly all Republican officials and a vast majority of the party’s membership deny the results of the free and fair 2020 presidential election following the demands from their cult leader Donald Trump. They not only publicly believe Trump’s Big Lie but they have continued to propagate it.

These folks don’t want the facts from the run-up of the January 6 insurrection—the largest attack on our citadel of democracy in centuries—to see the light of day lest that would affect the midterms in 2022. Note that Republicans who were elected and re-elected last November had no such concerns of “voter fraud” in their own races stemming from the same ballots!

They like to say how much they revere the American flag. Of course, many do. But they seem to have no problem that such flags and their attached poles were used as weapons during the insurrection on January 6, 2021that was incited by Trump to prevent the certification of the presidential election.

In that regard, they call themselves the party that supports the police—the Blue Line, Blue Lives Matter, etc. Yet again, when hundreds of police were attacked by lawless criminals using an array of weapons on January 6, the Republicans in both houses succeeded in preventing the establishment of a nonpartisan commission to investigate the domestic terrorism as the FBI characterized it and have tried to delegitimize the January 6 committee.  They also overwhelmingly refused to award medals to police heroes who put themselves on the line during the Capitol riot.

The GOP prides itself as the “Party of Fiscal Responsibility.” But wait, under President Trump the national debt ballooned to nearly $8 trillion, the highest in our history.

The Republicans are all about freedom and liberty. Very cool. Nonetheless, dozens of Republican controlled state legislatures have passed or are in the process of passing laws that impose major roadblocks to voting. Much of these laws are targeting Blacks and people of color thus denying or at least impeding their freedom to vote. Republicans in Congress have stymied voter protection laws. So much for freedom.

They see themselves as the “Party of Family Values.” But they balk at or mock Democratic attempts to provide child care, health care, nutritional services and economic relief to working families—all measures that would strengthen and keep families together.

Republicans consistently maintain that they are the “Pro-life Party.”  Whether it’s the GOP elected officials or their voters, they have eschewed wearing masks in public spaces and peddle misinformation about proven vaccines intended to curb serious illnesses and deaths attributed to Covid-19. They overwhelmingly support the death penalty, too.

And don’t get me started on their being the “Party of Morality.” This article would triple in size if I delved into that topic.

To be clear, some of these examples of hypocrisy began before Trump.  But Trump is the Republican Party. He has taken hypocrisy to new depths.  And the hypocrisy will continue during the Republicans’ ongoing quest for autocracy while our democracy will melt away like an Arctic glacier. 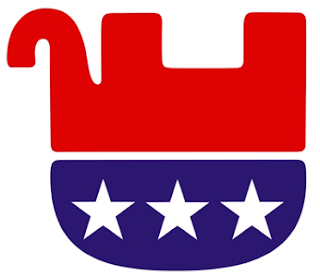 Posted by Steve Charing at 5:05 PM