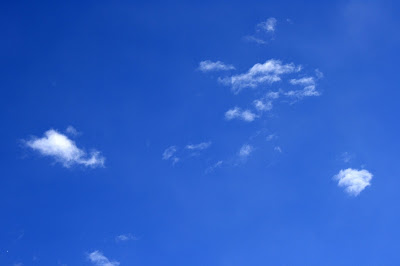 Why Republicans shouldn’t be spiking the ball just yet.

Republicans could hardly contain their glee. The president’s approval rating is low. A bloody war is waging. Inflation and gas prices are threatening our economic stability.  There’s trouble at the border.  Covid is hanging around. The stock market has been in a free-fall. Biden’s economic agenda has been stalled. Gerrymandering has locked in Republican districts. These developments and more are pointing to a November blow-out. Even popular presidents see their party lose seats in Congress during the mid-terms.

All Republicans needed to do is hold on to the ball and run out the clock. A red tide would sweep the country. But sometimes there could be a bad snap, a fumble or an ill-advised penalty and suddenly victory, which was ostensibly certain moments earlier, could be in jeopardy.

The bombshell leak last week of the Supreme Court draft opinion that foretold the demise of the popular Roe v. Wade ruling was tantamount to a political earthquake. The most nervous person in the U.S. is Senate Minority Leader Mitch McConnell, who has expected to return to his majority leadership position, has been in the “let’s run out the clock camp.” Now he has seen the ball sail over the quarterback’s head.

So worried that the news of the likely overturning of the 49-year-old ruling could galvanize downtrodden Democrats—downtrodden because of the political headwinds mentioned above—that the Republican response was Trump-like focused on the identity of the leaker rather than the substance of the opinion.

GOP folks have attempted to downplay the impact by turning the subject back to inflation. In other words, change the subject and fast. But people don't like their rights taken away and will motivate them to act.

Importantly, the early indication of how SCOTUS would rule on Roe gave the Dems an extra month or so to mobilize the opposition and change their attitudes and strategies towards the mid-terms. Democrats received a new lease on life.

It’s hard to say at this point how this will play out. Democrats can wound themselves if protests at 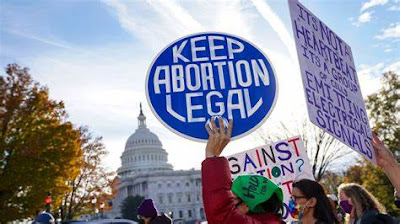 Supreme Court justices’ residences get out of hand. Recall how Republicans turned largely peaceful protests over the murder of George Floyd into the radical left burning down cities narrative. They used this whataboutism technique in trying to explain away the riots and insurrection on January 6, 2021 and they will use it again to blunt the outrage over Roe.

Democrats stand to regain the allegiance of suburban women and independents based on overturning Roe. They could let that slip away if they don’t play their cards right.

The hope for Democrats as they scramble to do what’s necessary to protect a woman’s right to determine the well-being of their own bodies is that the fire and energy we see now will not dissipate come November. Clearly, they can use this highly emotional issue and bludgeon Republican candidates from the Senate to the state legislatures.

Potentially aiding the cause will be the onset of the bipartisan January 6 House Select Committee’s public hearings, which will occur next month. It is fairly obvious the committee will lay out methodically how President Trump not only inspired the riots of that day and did nothing to squelch them, but more significantly how he and his allies plotted to execute a coup. The public should also be reminded of which congressmen and senators voted to not certify the presidential election.

This one-two punch should give the Dems a major boost. They need to harness this energy to raise money and launch major voter registration drives and develop get out the vote strategies in all 50 states.

We won’t know the outcome until November as to which party recovered that bad snap. But right now it’s a free ball.