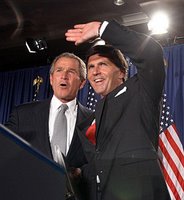 By Steve Charing
Senior Political Analyst
Democratic candidates from around the country really didn’t have to do too much to either retain or win office in the upcoming November 7 election. The mighty GOP has made it as easy as when Watergate annihilated the Republicans in 1974.
That abysmal valley in our history was based on a single event, albeit a colossal one: the lying and cover-up by the Republican President of the United States, Richard M. Nixon, and his inner circle over an initial minor criminal act. It was seen as yet another scandal in the two hundred-year history of the nation but one that profoundly threatened the people’s trust in the institutions of our government. The GOP lost over 50 seats in that election and Watergate clearly affected the outcome in the next presidential election in 1976.
Now, over 30 years later, the GOP is on the brink of a similar calamity. However, this time it is not centered on one scandal, but several scandals, plus an endless string of mishaps, ethics lapses, an increasingly unpopular war, mismanagement and general incompetence.
As much as the GOP sings the tune that all politics is local, this year it will be different. This election should and will be about the bumbling, broader Republican regime in Washington that controls all three branches of the Federal government.
The perfect storm has arrived for Democrats. You can start with the war in Iraq. That, alone, should be sufficient to oust the controlling party. Not only is this a war of choice and was initiated under false pretenses with no legitimate basis, but it has also been so poorly mismanaged that key politicians from the GOP as well as top military officers are urging a fresh new look as to how we can get out. But President Bush and a shrinking number of Republicans want to "stay the course" in deeds if not words. Only a third of the nation now supports the handling of the war and a majority view it as a mistake.
Besides the war, which has left us more vulnerable to terrorist attacks and saber rattling from rogue states, the GOP is responsible for other miscues. The pathetic, insensitive handling of hurricane Katrina jumps out. Then you have the plummeting approval ratings of the president; the record-breaking budget deficits; tax cuts to the wealthy; no progress on closing the health insurance gap; no energy, immigration or Social Security reform; anti-environmental policies; a denial of the existence of science; the inane interference in the Schiavo case; and a plunge of our standing in the world. Toss in the myriad other ethics scandals and you have a recipe for disaster.
Nonetheless, the gravy on the roast for the GOP was the Foley mess. For one, it exposed House Speaker Dennis Hastert as one who covered up a creepy sex scandal to retain the House seat for the GOP at the expense of a 16 year-old page. The other aspect of this is that the Christian conservative voting bloc, once said to be in lockstep with the preacher-in-chief, has been turned off by this cover-up and is now also aware that there are gays within the ranks of GOP leadership. Imagine that. "Those people" are working in the Republican hierarchy.
When you add to the mix the public revelations by David Kuo, former manager in the Department of Faith-based Initiatives (read: bribes to GOP-friendly ministers), that top White House staff mocked the Christian conservatives as a group and insulted individual ones (Pat Robertson is "insane," Jerry Falwell is "ridiculous") one can see why this bloc may not be as enthusiastic in this election as it was in 2004.
Also, the question of "gay marriage" will be on the ballots of eight states this time, but there is some hope among lgbt activists that some of these contests will be close and even a win among them is possible. Recent court rulings have mitigated the fear, at least temporarily, that same-sex marriage isn’t imminent and may also dull the conservative drumbeat.
Based on all these factors, unless the GOP again succeeds in stealing the election with their voting shenanigans, the Dems should take over the House, and it has a decent chance of re-capturing the Senate if the anti-Republican tide is full-blown.
In Maryland, the big races are for Senate where the experienced and dependable Rep. Ben Cardin should edge out the empty suit in Michael S. Steele. Steele has ducked any questions so far regarding the issues that matter and has dodged opportunities to debate. The main reasons are that he is too aligned to Bush’s policies and wants that damage contained, and also he lacks the depth of knowledge regarding the issues. Cardin would take him to school.
Steele opposes abortion and is anti-gay and would be a disaster in the Senate. He’s trying to trick naïve voters that he can "change Washington." As a freshman Senator? Good luck!
The gubernatorial race between the incumbent Bob Ehrlich and Baltimore Mayor Martin O’Malley will also go down to the wire. It is a great challenge to unseat an incumbent governor who lacks a scandal and where the state is not in disarray as it was four years ago. Nonetheless, the charismatic O’Malley, far friendlier to the lgbt community than Ehrlich will ever be, should ride the anti-GOP tide to unseat the dour and petulant Ehrlich.
All the ingredients are in place for a huge Democratic victory pending an "October surprise" or voting irregularities. If, with all these favorable conditions, they cannot capture at least one of the houses of Congress in this election, my feeling is that we will be stuck with one-party rule forever.
Posted by Steve Charing at 1:33 AM

Good blog!!! Good thoughts! But the Dems need to get their act together. They need to talk to each other and come up w/some big ideas to help our society. Yes they are individuals and don't operate in lock-step like the GOP- but they need to be a lot more unified.

Assuming that you authored this prior to the developments of this week, can you comment on how you think the NJ Supreme Court Ruling on marriage equality for gays will affect the election. Do you think it will bring out the Republican base as was Rove's strategy in 2004? Will it be a factor here in Maryland or only in select states like NJ, or not at all.

This was authored prior to the NJ ruling. It's hard to say what the impact of the ruling will be. Most likely minimal in that those who were planning to vote Democratic will still do so. I can't see how someone will change their minds solely on the basis of this issue. If anything, perhaps more right wing nut jobs may come to the polls but I don't see this as major.