UB’s OUT Law Rides Back into Town 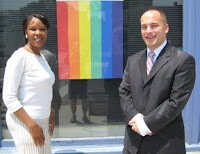