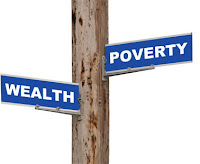 By Steve Charing
Dispelling the myth that gays and lesbians are more affluent than the general population, a report issued on March 20 by the UCLA School of Law’s Williams Institute asserts that the opposite is true.
The study undertaken by the LGBT-focused think-tank found that after "adjusting for a range of family characteristics that help explain poverty," same-sex couples are "significantly" more likely to be poor than opposite-sex married couples.
"We find clear evidence that poverty is at least as common in the lesbian, gay and bisexual population as among heterosexual people and their families." This refutes "a popular stereotype (that) paints lesbians and gay men as an affluent elite," according to the study’s report.
The Williams Institute compiled their findings by reviewing data from the 2000 U.S. Census and two smaller surveys that included questions on sexual orientation. It is the first comprehensive study to analyze poverty among gay and lesbian couples.
This report, titled "Poverty in the Lesbian, Gay and Bisexual Community," does not cover transgender individuals because they could not be identified from the data reviewed. Nonetheless, at least eleven previous studies concluded that transgender people, who face significant job discrimination, are more likely to have very low income.
The study’s findings pre-date the current recession and conclude that: 1) lesbian couples have much higher poverty rates than either different-sex couples or gay male couples; 2) children in gay and lesbian couple households have poverty rates twice those of children in heterosexual married couple households; and 3) within the LGB population, several groups are much more likely to be poor than others. African-American people in same-sex couples and same-sex couples who live in rural areas are much more likely to be poor than white or urban same-sex couples.
Moreover, the study finds that while a small percentage of all families receive government cash supports intended for poor and low-income families, gay and lesbian individuals and couples are more likely to receive these supports than are heterosexuals since they tend to lack spousal benefits.
Children of same-sex couples do not fare well either. "While one in ten children of married couples are poor, one in five children living with a same-sex couple are living below the poverty level," says the report.
Among the reasons for the higher poverty levels among LGBT couples cited by the Williams Institute are: 1) LGBT vulnerability to employment discrimination, with no legal recourse in most states; 2) most same-sex couples are shut out of some institutions that enhance the economic position of families, such as marriage; 3) lesbian, gay, and bisexual people are more likely than heterosexuals to lack health insurance coverage, making them vulnerable to the economic consequences of a health crisis; 4) LGBT families are less likely to receive family support, which could translate into greater economic vulnerability; and 5) family conflict about coming out and violence in group homes results in high rates of homelessness for young LGBT people.
To help alleviate poverty among the LGBT population, the report recommends passage of ENDA—the Federal Employment Non-discrimination Act, granting of the right to marry or at least to a "meaningful legal status" like civil unions, and to shore up "holes" in the safety net.
"The misleading myth of affluence steers policymakers, community organizations, service providers, and the media away from fully understanding poverty among LGBT people or even imagining that poor LGBT people exist," the report states.
To read the full report, visit www.law.ucla.edu/williamsinstitute/home.html.
Posted by Steve Charing at 11:06 PM