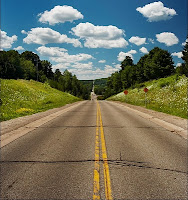 The road is long
With many a winding turn
That leads us to who knows where
Who knows when
But I'm strong
Strong enough to carry him
He ain't heavy, he's my brother

The Bobby Scott and Bob Russell ballad, "He Ain't Heavy, He's My Brother" was first released by the British group The Hollies just three months after the famous Stonewall uprising in 1969 that most, if not all, historians believe was the birth of the modern gay-rights movement. The pop classic, which attained enormous popularity when Neil Diamond released it a year later, had nothing to do with that iconic weekend in New York's Greenwich Village. But the message applies to all of us as we celebrate four decades of gay-pride parades, festivals and the rest of the traditional hoopla that mark the anniversary of Stonewall.

So much has happened since 1969 in the struggle to achieve tolerance initially, then acceptance, and now equality, we couldn't possibly list all the events, breakthroughs and setbacks that have brought us to this point in 2010.

That road along this 40 year-plus journey had been laden with obstacles, potholes and roadblocks. Yet, as the LGBT community continues this historic expedition by helping one another, it is slowly but surely overcoming the burdens that have challenged us.

Time and time again, members of our community have pulled together to reach a goal or to right a wrong. During the scourge of AIDS in the 80's, for example, lesbians stepped up to help their fallen brothers in the community. Organizations formed to provide critical services to the sick and dying to help maintain dignity for the stricken and their families.

In culture, politics and business, our battles have been fought—sometimes bitterly—and when we have won, it was because we supported each other, donated time and money and even spilled blood on this road to equality over several generations. Of course, there are numerous differences among us; that cannot be changed because we are a slice of the general population.

But we can and should pull together as a community and not allow our differences to prevent us from reaching the goals at the end of the road. As the song says, "While we're on the way to there, why not share?"

We have so much work left undone. Transgender protections must be in place. Federal legislation on workplace discrimination on the basis of sexual orientation and gender identity needs to be passed. Gay and lesbians who volunteer for military service must be allowed to serve openly in defense of our country. Funding to help treat HIV/AIDS must be sufficient. People should be legally permitted to marry the person that they love.

All of these can be accomplished if we pitch in and help. Do not rely on organizations to do the heavy lifting. It is incumbent upon us to share the burden to fight these battles. We live in a democracy and we do have access to lawmakers. Make your voices heard and be proud of who you are. The era of second-class citizenship must end now.

I wish you a happy Pride. We urge everyone in the LGBT community to be strong enough to carry your brother or sister as we navigate this road together.