Tea Baggers in Hot Water and Other Good News 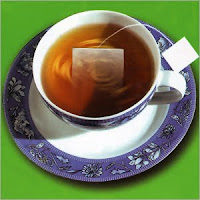 As we approach that wonderful weekend called LGBTQIA…Pride, it's nice to celebrate some good news for a change. And it couldn't come too soon. With the economy still not recovered, a major oil spill ruining the environment, North Korea girding for a fight, and the usual assortment of maladies that makes us question why we bother to wake up in the morning, let's look on the bright side.

Showing Their True Colors. Tea Party darling Rand Paul who in a Kentucky primary defeated a "mainstream" Republican, if there is such a thing anymore, made a huge gaffe when he questioned aspects of the Civil Rights Act of 1964. The hint of racism may have thankfully triggered some more scrutiny towards the movement.

It is completely unfair to call all Tea Baggers racists; not all of them are. Ask the 5 or 6 African-Americans who identify as Tea Party members. But come on, when they say "we want to take our country back," what do you think this coded phrase actually means? Hint: Obama is our president. Also check out those signs at rallies.

This movement has been propelled by a hungry media starving to see a good old-fashioned political conflict and strife. Do they really believe that a group of "angry patriots" can be a serious force with Sarah Palin and Michelle Bachman as the faces of the Tea Baggers?

DADT's Enough. The real good news lately is clearly the action taken by the Senate Armed Services Committee and the House of Representatives to repeal "Don't Ask, Don't Tell," This is a major breakthrough and an historic endeavor by Congress when it comes to gay and lesbian rights. It's not a certainty that it will be repealed but the metrics seem favorable. This will be a big-time win, and it couldn't come soon enough. And 80 percent of the country backs repeal.

Walking the Walk. Speaking of winners, we have to salute our Attorney General Doug Gansler. Not only did he offer an opinion that allows same-sex marriages performed elsewhere to be recognized in Maryland, but he has been an unabashed supporter for marriage equality. A couple of years ago he testified in front of legislative committee support of the Religious Freedom and Civil Marriage Protection Act during the General Assembly session.

Since releasing the opinion, Mr. Gansler had appeared in different parts of the state in front of religious and LGBT groups promoting marriage equality. He is a genuine and valuable ally—the kind we truly need—and we should not forget his courage and steadfastness in pursuit of equality.

Political pundits speculate that Mr. Gansler will run for governor in 2014. If elected, we may actually see the legalization of same-sex marriage here because he has already laid his cards on the table and will not hide behind the veil of political expediency.

Winning the Exacta. We have a real good chance of two openly gay candidates in Baltimore picking up seats in the state legislature in 2011. Both Mary Washington (District 43) and Luke Clippinger (District 46) are extremely competent, smart and hard working individuals who will represent their constituents well. The election possibilities are strong, and if they do succeed, that will bring the total to 6 gay or lesbian legislators working for us and building support among their colleagues.

A Badge of Courage. Rep. Frank Kratovil, a conservative Democrat running in a tough race to retain his seat in the 1st Congressional District against arch-conservative Andy Harris, should get a big thank-you from our community. Although he voted against the health care legislation probably to appease dyed-in-the –wool conservatives in his district, he voted for the repeal of DADT.

In a statement, Rep. Kratovil said, “At a time when we are engaged in two wars and facing security threats from around the globe, it is both unfair and unwise to deny brave, qualified Americans the opportunity to serve our country."

McCain-iac. On the other end of the spectrum lies the despicable Senator John McCain, arguably the biggest sore loser ever in presidential politics. Running to save his political life (it's really time to retire, Mr. Maverick), he is attempting to out-conservative his right wing opponent for U.S. Senate, Rep. J.D. Hayworth. McCain is spearheading the effort to derail the repeal of DADT by encouraging a filibuster, even though spending to support the military would be squashed as a result if the tactic is successful.

The homophobic McCain cannot fathom the idea of gays serving in the military (wake up, they're there already), and he is not only going against his own family members' sentiments but also his hero the late Barry Goldwater. Considered the "father of the conservative movement," Goldwater once said, “You don’t have to be straight to be in the military; you just have to be able to shoot straight.” Apparently McCain doesn't buy it. What's the good news in this? He chose a gay man, Mark Buse, to head his re-election campaign. It makes you wonder.

Idol Chatter. On the culture front, American Idol finished its season with a spectacular finale bringing in a boatload of superstar artists to entertain, led by the Bee Gees, Chicago and Christina Aguilera. The good news here is that we went the entire season without questions of homophobia popping up. Lesbian Ellen DeGeneres had replaced Paula Abdul on the judge's panel and did an OK job—not great but not bad either. The only references to anything gay were by Ellen herself when she declared on a couple of occasions that she "loved women." You see, I never knew that.

Posted by Steve Charing at 8:18 AM