‘Twas two nights before Christmas,
When all through the state
Not a person was stirring,
Be it LGBT or straight.

Then Equality Maryland said
That its PAC made some choices,
From governor to delegates,
That led to raised voices.


Many were surprised
That their top pick was Brown,
Bringing Gansler and Mizeur folks
A Christmastime frown.


Choosing the front runner
Is easy to handle,
But is dividing the community
Worth such a gamble? 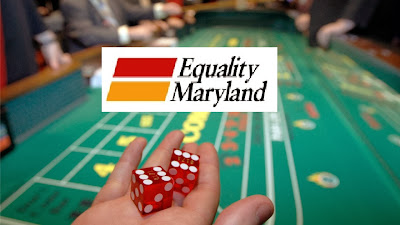 The Equality Maryland Political Action Committee raised some eyebrows with the first round of endorsements for 37 races in Maryland’s 2014 primary elections to take place in June.   Their revelation that the PAC chose the Brown-Ulman ticket caused pre-Christmas stirring from Takoma Park to Baltimore and all around the state, garnering much media attention.
The announcement, which occurred just days before a scheduled January 4 fundraiser for the Brown-Ulman ticket at the City Café in Baltimore which Carrie Evans, executive director of Equality Maryland is among the hosts, elicited swift and sharp reaction on social media.

Not to be overlooked by the gubernatorial choice is the mystifying fact that none of the lesbians in the House of Delegates were endorsed in this round.  They include Maggie McIntosh who finished in second place as the Baltimore Sun’s Marylander of the Year in 2012, Mary Washington, Bonnie Cullison and Anne Kaiser.

“Equality Maryland just lost their last shred of credibility,” commented a transgender rights advocate from Baltimore kicking off a spirited discussion on Facebook.


But at the moment, the endorsement for governor is creating the most buzz.   Although Attorney General Doug Gansler has a strong LGBT following given his record on marriage equality—a core factor in the PAC’s evaluation that consisted of questionnaires and interviews—many support Del. Heather Mizeur’s quest to be the first woman and openly gay person to be governor of Maryland. Others see Lt. Governor Anthony Brown as the only viable candidate who could defeat a Republican in November.
“We’ve made great progress over the past seven years, achieving marriage equality and strengthening domestic violence services for LGBT residents, while working to ban discrimination based on gender identity,” Brown said in a statement.


For her part, Mizeur characterized the choice as “puzzling.” She said, “No one in this race has done more for the LGBT community than the Mizeur-Coates ticket. I’m not sure what more we could have done to earn their support.”
Bob Wheelock, a spokesman for Gansler wrote in an email, “We are confident that Doug’s record on fighting for and protecting the rights and safety of the LGBT residents of Maryland will factor into the voters’ decision in the Democratic primary and on Election Day.”


“I suppose any candidate that doesn’t get an endorsement feels snubbed,” said Evans. “Equality Maryland is confident the Brown/Ulman administration will provide the leadership Equality Maryland needs in our next governor and has the relationships we need to move LGBT issues forward in our state.”
All three Democratic candidates and their running mates have solid records on LGBT issues, and to say one is better than the others is questionable.  Gansler was the first statewide official to endorse marriage equality in 2008 and had been an unwavering supporter.  His opinion in 2010 as Attorney General that Maryland can recognize the lawful same-sex marriages from other states helped pave the way for the ultimate victory in 2012.


Heather Mizeur, a lesbian with a wife, has also been a vigorous proponent of marriage equality.  I testified along with her at a House committee hearing for a bill that was aimed at pre-empting Gansler’s eventual opinion.  Mizeur’s testimony was sincere, persuasive and effective, and one could see great potential for her.
While I had met Anthony Brown, I never had the opportunity to speak with him on LGBT issues.  Nonetheless, a very credible source told me that Brown was an early supporter of marriage equality—even before Governor O’Malley—but worked behind the scenes especially in Prince George’s County to help make it happen.  In addition, Brown had been a vocal advocate for the repeal of the “Don’t Ask, Don’t Tell” policy and appeared on national television in that regard.


With all three candidates possessing strong credentials and leadership, Equality Maryland chose to ride the perceived front runner.  Brown has racked up most of the endorsements so far, has a formidable war chest and the backing of the Democratic establishment.  Early polls indicate Brown with a robust lead over the other candidates.
By backing Brown, should he prevail, Equality Maryland could stand to receive at a minimum access to the O’Malley-Brown mammoth donor list to help finance the organization as it evolves to a post-marriage equality mission that will entail a broader scope.


However, the primary is six months away and much can happen in that timeframe.  Brown’s success (or failure) will undoubtedly be linked to O’Malley’s popularity, which is often volatile.  Moreover, should he win the nomination, the actual election is by no means a lock (see above re: O’Malley).
It is indeed a gamble for Equality Maryland, but is it a good one?  The front running horse may have the probability of a win but it also yields the smallest payoff.  Preferring one candidate now over two with strong LGBT pedigree, Equality Maryland stands to alienate a significant number of Gansler and Mizeur supporters—many of whom live in cash-rich Montgomery County and have been a major source of contributions to the organization over the years.


Equality Maryland should have taken a safer course and remained neutral through the primary and not risk dividing the LGBT community. It would also be better served if it channeled its energy and whatever resources it possesses towards finding and funding candidates to defeat anti-LGBT Democratic legislators.  Sen. Anthony Muse who has blocked progress for LGBT folks comes to mind.
Equality Maryland’s PAC rolled the dice with Anthony Brown and will reap the benefits of this action or pay a steep price.  Time will tell.  But like all gambling activities, it’s always about money.
Posted by Steve Charing at 12:08 PM

Because of EQMD's record on the transgender issues (such as using a "drag bingo" fundraiser at a time when the MoCo "shower" folks were going full steam ahead in defeating the legislation) and because of their lack of representation of the Eastern Shore, they will never get a dime of support from me. They are still fixated on marriage (which we now have..) Until a time when 20% of the board consists of trans members (both trans men and trans women) and at least one board member is from east of the Chesapeake, not one dime.