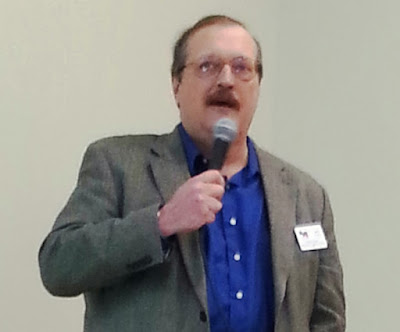 As early voting begins, I would like to offer my closing arguments as to why I am asking for your vote to continue to serve on the Howard County Democratic Central Committee.  #hocopolitics

Having been appointed four years ago, I have worked hard on the Committee including the role of co-chair for Voter Registration and co-chair for New Democratic Voter Outreach.

I gained a reputation for my solid work ethic and for being a fair-minded, pragmatic voice of reason as well as progressive advocate.  This record earned the respect of my colleagues.

I’m proud of the fact that I have a unique résumé compared to the rest of the field who are running for this position, and this enables me to bring a fresh and distinctive perspective to the Central Committee.

Being the only LGBT person out of 30 candidates, I’ve been a passionate advocate and activist for LGBT rights and equality for nearly four decades and fought hard to persuade elected officials to support marriage equality.  I’m also a strong supporter of organized labor and of working class men and women having been a member of the Steelworkers, Teamsters and Communications Workers of America unions. 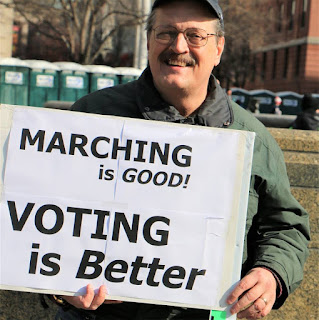 I want to help the Democratic Party both nationally and locally to prosper and grow and will wholeheartedly support Democratic candidates and officials who share my values of inclusion, openness, diversity and equality.  I am pro-choice, pro-labor, pro-LGBT, pro-Black Lives Matter, pro-gun reform, pro-human rights, pro-immigrant, pro-universal health care,  pro-environment protections, and pro-teacher. In short, I am “pro – gressive.”

To break it down further:

♦ We need LGBT representation on the Central Committee. While I have no doubt that most of the other Central Committee candidates support LGBTQ rights, being actually LGBTQ and having lived through the journey of coming out and dealing with issues that directly impact the LGBTQ population make me uniquely qualified to represent and promote LGBTQ interests.

Even in Howard County there are instances of bullying in schools and online against LGBTQ students as well as the existence of LGBTQ homelessness.  The recent racist, anti-Semitic and homophobic vandalism at Glenelg H.S. underscores the fact there is still much work that remains.

The LGBTQ community is a key and growing component of the Howard County and Maryland Democratic Party. The latest estimates indicate there are at least 9,000 voters in Howard County who identify as LGBT.  Adding in our families, friends, co-workers, neighbors and allies, we have emerged as a potent coalition within the party.  This vital Democratic bloc needs to be represented. 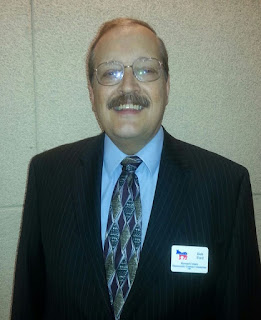 ♦ Working for Democrats. During Democratic election cycles I’ve been a tireless participant and have helped numerous local candidates by burning shoe leather door-knocking on their behalf, literature dropping, phone banking, envelope stuffing, working the polls, sign holding, marching in neighborhood parades for local Democrats, staffing tables at a spectrum of events, and contributing a good deal of money towards candidates’ campaigns.

♦ Experience counts. I strongly favor an infusion of “new blood” to participate in the democratic process, and that is why I have been an ardent promoter of voter registration. I also welcome younger and less experienced candidates to breathe more life into the party and share their perspectives, which will ensure the party’s growth and success in the future.

However, there is no substitute for experience, stability and dependability.  These traits, which I believe I possess, are needed to navigate myriad issues that come before the Committee.  And it doesn’t hurt to be a moderating, calming influence during emotional debates and not getting caught up in personal distractions.

♦ Attendance at Meetings.  Half the battle is being reliable, dependable and showing up at Central Committee and State Democratic meetings. I am proud to say I have a near-perfect attendance record at these meetings over the past four years and believe that the members should do so as well. It is imperative that the business that take place at the meetings receive the full participation by those elected to serve.  As such, I will propose that the attendance records at these meetings be published to foster accountability.

♦ Precinct captains. Another plan of mine is to recruit volunteers to be precinct captains.  These individuals would be tasked to enlist the support of other volunteers in their particular precinct to help distribute literature, signs, canvassing and perform other functions needed to boost the Democratic Party as well as the candidates’ visibility. They also would be asked to send out post cards welcoming newly registered Democratic voters--a function I recently participated in with two other volunteers. 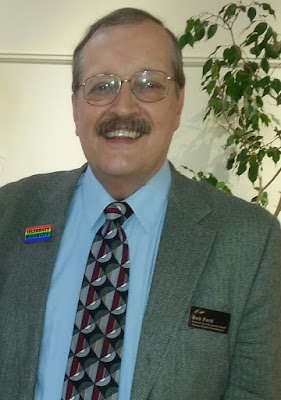 ♦ Endorsements and Testimonials. I am honored to have received endorsements and testimonials from colleagues on the Howard County Democratic Central Committee, former and current elected officials, candidates, community leaders, bloggers, and political activists who recognized my efforts on behalf of the Democratic Party and acknowledged my passion for diversity and inclusion.

♦ Speaking out against Trump. Finally, this corrupt and lying President has debased the office, believes he is above the law, is assaulting our democratic principles and institutions, attacks minorities, and cozies up to despots while hurting our allies. Too many local Democratic office holders and candidates have been frustratingly reticent to publicly criticize Trump, and as a member of the Central Committee, I will urge elected Democrats to do so.

In summary, if you want an experienced, hardworking, progressive advocate with a proven record of helping Democratic candidates win, and who will not just talk the talk but in fact, walk the walk, please vote for Bob Ford during early voting June 14-21 or on June 26 for the Howard County Democratic Central Committee.