‘A Change in Worlds’ Shows the Dead are Not Powerless 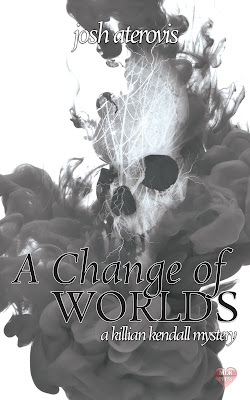 It took nearly a decade for Josh Aterovis’ fifth novel in the Killian Kendall mystery series to be published but it was worth the wait.  Three publishers in a row went out of business that led to the delay in the next installment in the young adult mystery/paranormal genres that feature the gay teenage private investigator, Killian Kendall.

The series has received accolades. Aterovis’ third book, All Lost Things, for example, was a 2010 Lambda Award finalist for Best Mystery. MLR Press, an independent LGBT publisher, expressed interest in the acclaimed series, which is back in print with updated editions, setting the stage for the fifth book’s arrival.

With A Change in Worlds: A Killian Kendall Mystery, Aterovis continues his mastery of storytelling, scene-setting, character development and detail. The book has a fast pace and commands your attention with a host of dramatic sequences and a bit of humor thrown into the mix.

Gorgeously written, there are passages in which the prose is near poetic. Eighteen year-old Killian Kendall describes the action in the first person and elicits likeability so there is no choice but to root for him as was the case in the previous novels.

It is difficult to fathom, however, that the central character is indeed a teenager. His knowledge of antiques, décor, criminal analysis, investigative techniques and other areas is such that one would expect from someone twice his age or older.  His wisdom is well beyond his years. And even his vocabulary is more akin to an older person when using such words as “odiferous” and “prickle.”  Do 18 year-olds actually say such things?

Nonetheless, Killian is presented as a role model for gay youth and is a hero in all his adventures.

As described in the previous novels in the series, Killian had to overcome his challenges growing up gay on Maryland’s Eastern Shore. His father rejected him and was ultimately taken in by a gay couple named Adam and Steve, no less. He witnessed a friend being murdered, and Killian had also been nearly murdered himself on several occasions as well as actually having killed someone (in self-defense). He possesses Gifts in which he can be visited by the dead under certain circumstances—not something he welcomed and has had difficulty in controlling.

His earlier solutions to crimes led him to being employed as an assistant to a private investigator whose guidance and instruction led Killian to be proficient in the field allowing him to probe cases on his own.  On top of that Killian had a boyfriend named Asher.  They broke up.  A new boyfriend Micah emerged. And the drama involving these relationships came to head in the subplot in A Change in Worlds.

The main storyline in this novel centers on the theft of potentially valuable artifacts from an archaeological excavation at a Native American site on the Eastern Shore.  Fletcher, a tribal elder, was assaulted resulting in his suffering a heart attack in which he survived.

Killian was asked to look into the thefts and along the way, two people were murdered and he narrowly escaped the same fate.  Interspersed throughout is Killian’s awareness of angry spirits through his Gifts—angry because a sacred burial site has been disturbed by the archeologists—with one such spirit, seeing that Killian is an ally, ultimately saved his life. As quoted in the book, “The dead are not powerless…There is no death, only a change in worlds.”

Through Killian’s investigation, Aterovis takes the reader on numerous interviews of potential suspects regarding the thefts and murders.  Each encounter provides a plausible reason not to rule the subject out altogether, but at the same time no direct linkage to the crimes could be established. The pace is brisk and the tension mounts as Killian attempts to solve the crimes while putting him in danger.

As that takes place, Killian’s love life is also examined effectively resulting in pressure in attempting to figure out what he wants.  He is guided by his extended alternative family as well as sage advice from his mother.

There is much to describe regarding the plot and the characters but it would do no service to spoil any of the suspense here. What can be said is that Aterovis’ A Change in Worlds is a solid Grisham-esque mystery thriller with a heart-pounding climax that makes us yearn for the sixth installment of the series.
____
A Change in Worlds; Josh Aterovis; published by MLR Press, LLC; August 2018; $8.99; print format: ISBN# 978-1-64122-168-9; eBook format available.

Author Josh Aterovis will host a book release party on September 3 at the Windup Space, 12 W. North Avenue, Baltimore, MD 21201.  The event, which will take place between 7 and 10 p.m., celebrates the release of A Change of Worlds and the upcoming release of Never Alone and Other Stories, Aterovis’ book of short stories.

All five books in the Killian Kendall series will be available for sale.  There will also be readings and drag performances including local favorite Betty O’Hellno.

Posted by Steve Charing at 4:01 PM