A Gentle Journey of Love and Goodness 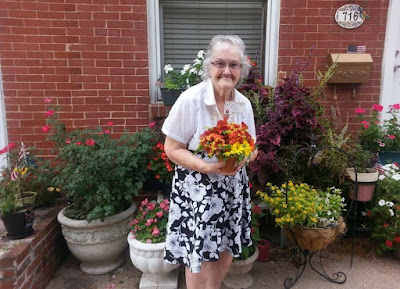 In the early hours of September 16, 2022, my dear mother-in-law Mary Ford finally let go. Five years ago, Mary was diagnosed with metastatic cancer and the diagnosis was grim. Because she was in her 80’s surgery was considered too risky, and chemotherapy was unlikely to be effective.

Undaunted, Mary agreed to ovarian surgery where the cancer originated. Then she began a multi-year process of chemotherapy to fight the dreaded disease. During this time, Mary never complained as she tolerated the treatments, and remained upbeat as her faith and love of her family sustained her. Over the five years of battles and increasing immobility, she courageously fought until nature eventually won out.

She had been battle-tested in her life, and maybe that pushed her to never give up and fight on the best
she could. She married her husband Robert, Sr. in Sioux City Iowa—her birthplace—at a young age while he served in the Air Force. Originally, Robert was from the Canton neighborhood of Baltimore, and not long after the birth of her first child, Robert, Jr. who eventually became my husband, the new family moved back to Canton. The family grew.

Her husband suffered from health issues stemming from a rare blood disease and died prematurely at the age of 42 in 1978 leaving Mary to raise her six children (five boys and a girl). Then tragedy struck again later that year when the second born, William (Billy), was killed in a pedestrian accident at the age of 20.

These unspeakable, horrific events shook the family to its core. Mary, with her inner strength and guided by her Catholic faith, persevered and kept the family together through all the ups and downs that ensued. 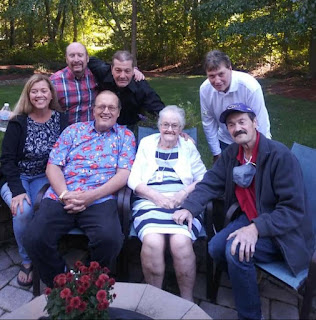 I first met Mary in 1980 a couple of months after I began dating Bob. We were both in the closet and had no thirst for coming out to his family. Initially, I was introduced as Bob’s “roommate,” a ruse that was unlikely to be sustainable. Eventually, I wanted us to come out but understood that Mary, being a devout Catholic, and Bob's siblings with a conservative bent, in my view, may not be receptive. You know, you have to be able to read the room. So, nothing was ever said publicly about our relationship.

But it wasn’t really necessary as they figured it out, and apparently, they were all fine with it. Some time ago, there was a visit to D.C. by Mary’s niece Kathy and other family members from Iowa. I had asked her if Mary and her children knew the story about Bob and me. She replied without any hesitation, “They know. They ALL know!”

I was surprised to hear that but at the same time relieved that the “conversation” didn’t have to take place.  But most importantly, it never mattered. All along, I had been invited to all family functions, gatherings, holidays, weddings and dinners as if I were one of their own. I had been taken in by Mary and her children as well as the extended family, and Bob and I couldn’t have been happier about the situation.  Her children and grandchildren have been most supportive of us, which I will forever be appreciative. And Mary led the way. 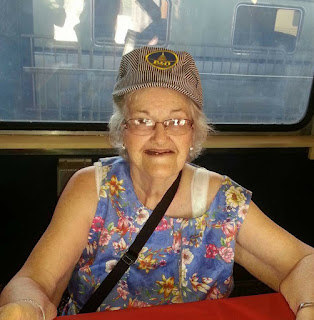 Mary was my mother-in-law even before Bob and I legally married in 2009. We did a lot together and shared so many fond memories. We enjoyed going out to restaurants and had her over for cookouts. She admired looking at the flowers in our yard until deer and rabbits destroyed them.

With her Iowa roots, Mary loved country-style items and atmosphere, so we visited craft shows from Baltimore to West Virginia. Family-style restaurants like Friendly Farms in Upperco, Md. suited her fine, and she enjoyed the Apple Festival in Pennsylvania. I will never forget how Mary had a wonderful time seeing the musical Annie at the Mechanic Theatre.

As Bob had become increasingly involved in antique bottle collecting, Mary, too, developed an interest in the hobby. She attended a meeting of the Baltimore Antique Bottle Club when I was president at the time, and she, with her sons Brian and Michael as well as her granddaughter Kristen attended a few of our shows in Essex, Md. that the club produced. She even joined us on a bus trip to Bethlehem, Pa. to attend a bottle show there.

For her 80th birthday, the family came in from Iowa to New Jersey to Baltimore to take Mary on a ride on a train from the B&O Museum. I forgot whose idea this was, but it was a stroke of genius; she loved trains because her father worked on the railroad. As the ride proceeded, Bob and I led the family in a rendition of “I’ve Been Working on the Railroad” from which her smile was a wide as the tracks. 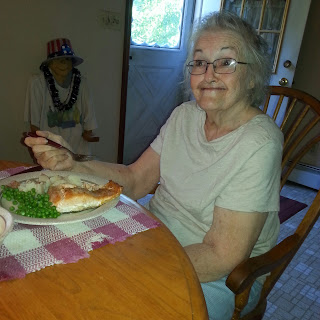 I’ve said this to folks attending Mary’s viewing, and it is very true. How many people can say they have known someone for over 40 years and never once had an argument or spat? I cannot recall ever having such a moment with her. Mary never cussed, was always a lady, and treated people with kindness and love. I continually tried to make her laugh and she expected it.  Her laughter and smile were infectious. In short, she was a gentle, loving soul with a wonderful sense of humor.


She particularly loved her children and their spouses and partner, six grandchildren and six great grandchildren. They provided her with the strength and resolve to live despite her deteriorating health.

The last time I had seen Mary was a couple of weeks ago at her house. She was very weak and in considerable discomfort as she laid on her bed on the ground floor. Upon departing I blew her a kiss from the door. To my amazement, she slightly rose and blew the kiss back.  That gesture will always be etched in my memory.

Mary was laid to rest on September 20, the day she would have turned 87. Indeed, the circle of life.

Her obituary is shown here. 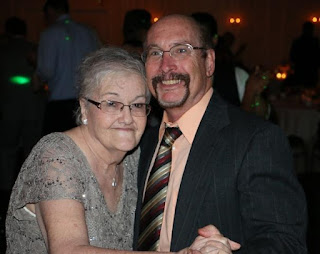 Posted by Steve Charing at 1:17 AM

what a lovely piece Steve. she must have been one special lady!
so sorry for your loss

Beautiful tribute, Steve. Thanks for sharing.