Trump’s Cheatin’ Heart Could Beat on Him 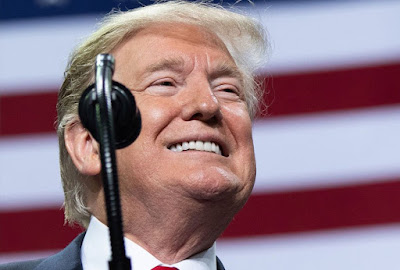 Last month I argued that the Democratic 2020 presidential hopefuls ignore the pundits and handlers and start going after President Donald Trump. Go on the offense, I implored. Why cede the offense to Trump?

One of the ways to do that is to fight on “his” turf and resort to nicknames as Trump does routinely.  It’s been a successful tactic for Trump because labeling and branding are key components of the modern election campaign.  If he does it, so should his opponents. Remember how “Crooked Hillary” stuck on her like a stain.  Now it’s “Pocahontas,” “Sleepy Joe,” “Crazy Bernie” or whoever becomes the eventual nominee.

Yes, I know it’s childish. Why stoop to the level of a pre-teen?  Well, with so much at stake—our democracy, the rule of law, our standing and leadership in the world, and fighting for the middle class, climate change, and gun violence— winning back power is crucial.  If the media, who made Trump, continues to cover his inane tweets and rallies, then his opponents must get on the stage and battle him.  We can’t afford to give this lawless, corrupt and profoundly incompetent narcissist a second term with no accountability.

Let’s give him a nickname that will surely get under his skin. My suggestion: Cheatin’ Trump.  We have seen similar monikers employed on social media like “Don the Con” but that’s on social media.

Candidates themselves must use two words and make it stick and ignore the sanctimonious objections by those who feel we must maintain decency.  It’s a different ballgame now, and like it or not, I assure you this election will be all about Trump and not Wall Street and other pet issues.
Cheatin’ Trump. That’s the message. There is so much to back it up.

► His cheating is so obvious he had to pay adult film stars to keep quiet about it.

► He has cheated employees and contractors out of their payments.

► He undoubtedly cheated on his taxes, which is probably one of several reasons he is fighting tooth and nail to keep his returns from the public.

► He cheated the unsuspecting with his joke Trump University.

► He cheated to win the election in 2016 by seeking and accepting help from a foreign adversary to persuade voters.

► He cheats the taxpayers as he violates the Emoluments clause in the Constitution by raking in millions from private properties while sitting in the White House.

► He cheats in golf “at the highest level” as sportswriter Rick Reilly pens in his book, The Commander-in-Cheat: How Golf Explains Trump.

There are potentially many more examples as his foundation and charities are under investigation.
Cheatin’ Trump would be a good name for him; it’s certainly accurate.  He can’t defend against it. He can only go on the offense.  Dems should, too.

Posted by Steve Charing at 1:25 AM