The Republicans' Idea of Unity 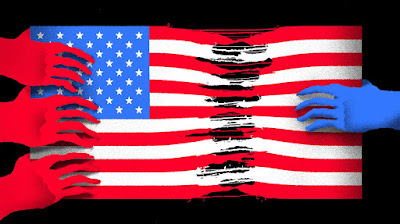 I know speaking of unity can sound to some like a foolish fantasy. I know the forces that divide us are deep and they are real. But I also know they are not new.—President Joe Biden from his Inaugural Address, Jan. 20, 2021

As a candidate Joe Biden made unity the centerpiece of his campaign to the chagrin of the left wing of the Democratic Party. It helped win over Trump-opposing Republicans, independents and suburban women in his quest to get elected. Though so many have been skeptical of the prospect of unifying such a divided country especially after the past four years, the concept of unity was the principal theme in Mr. Biden’s inaugural address.

Merely hours after the inaugural festivities, truncated as they were due to the pandemic and security concerns, Republicans across the board demonstrated they are not having any of it. A reporter from a right wing media outlet asked the new and refreshingly competent press secretary Jen Psaki if the Democrats are ready to extend an olive branch to the Republicans in the name of unity.The Democrats need to offer an olive branch to Republicans? What a joke!

Maybe if the overwhelming majority of Republicans in the House of Representatives and a handful of senators would acknowledge that Joe Biden won the election fair and square (which he did), that would be a good first step in unifying the country. Recall how over 150 of these legislators objected to the certified election results in several states and that was AFTER the insurrection at the Capitol on January 6.

Let’s also look at sore loser Trump’s behavior following the election. Through the moment he fled to Florida on January 20 as a disgraced twice impeached president, he never publicly mentioned Joe Biden’s name, never acknowledged he lost to Biden, delayed the crucial transition period, failed to cooperate during the transition and in fact, created unnecessary barriers, didn’t welcome Biden in the White House to confer as has been a long standing tradition, and refused to attend the inauguration. What an example of sportsmanship Trump sets for our young people!

Then there’s that pesky matter of a Trump-incited insurrection on our government with the express intent to thwart the peaceful transfer of power and to harm or even kill the first and second persons in the succession. That’s called sedition.

This incitement by urging a frothing, violent, angry mob of white supremacists and other pro-Trump believers to “take back our country” whereby they stormed and ransacked the Capitol earned Trump his second impeachment. Now Republicans, such as Trump supplicant Lindsey Graham, are pleading for the Senate to not try Trump on this article of impeachment if the Democrats want to truly unify. 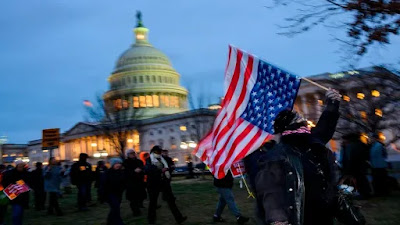 Yes, Democrats should look the other way and not hold Trump accountable for his attempt to overthrow the government. They should move on. Republicans who advocate this dereliction of duty should be reminded that 5 people lost their lives as a result of the riot.

That’s one more life lost than the Benghazi raid that killed 4 Americans in Libya. Republicans didn’t move on. They held some 10 hearings on the incident and dragged then Secretary of State Hillary Clinton to testify at one of these for 11 hours. For years, obsessed Republicans screamed Benghazi! Benghazi! Benghazi! over and over. But a violent attempted coup? Not so much. Let’s just move on.

We should never forget January 6. It should forever be memorialized as 9/11 has been. But this tragedy, this national disgrace, was perpetrated not by foreign jihadists but by misinformed and conspiracy theory-obsessed American citizens who were provoked by a deranged, lying and unpatriotic president, aided by his kooky attorney and two rogue overly ambitious senators and a number of equally seditious representatives.

Within hours of the inauguration, Republicans and their agents on right wing media mocked Biden’s call for unity. The hashtag #ImpeachBidenNow trended on Twitter. Mitch McConnell already began playing games to hold off on finalizing his minority leader status and jeopardizing COVID relief legislation. Unity appears to be an elusive goal especially if it is not in the political interests of Republicans.

It’s a no-brainer for an incoming president especially from a different political party who had previously occupied the White House to ask for unity. And like he said, it could be seen as a foolish fantasy.

A degree of unity could only work if both sides are willing to pull together. One would think that the pandemic that kills Americans regardless of political affiliation would finally bring us collectively to fight the disease as a matter of patriotism.

President Biden’s realistic idea of unity is at least lowering the temperature of the rhetoric. The Republican idea of unity, however, is for Democrats to capitulate to their whims and take no actions to offend that perennially angry Republican base, who for the most part see Mr. Biden as an illegitimate president.

Posted by Steve Charing at 2:53 PM