An Open Letter to Al Gore 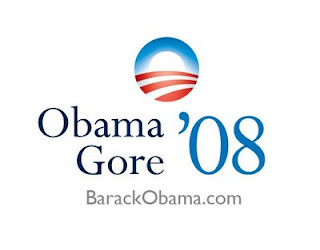 By Steve Charing
Dear Vice-President Gore,
As a gay man, I believe it is critical that Senator Barack Obama be elected president on November 4. Sen. Obama stands with the gay, lesbian, bisexual, and transgender community on most issues that are important to us with the sole exception of same-sex marriage.
I recall you hadn’t been a major advocate for us during your years as vice-president, but I am confident that some of your positions have softened since then as you have recognized that one of the main tenets of the Declaration of Independence—all men are created equal—applies to our community.
Besides Sen. Obama’s pro-gay stances that include the repeal of "Don’t Ask, Don’t Tell" and the Defense of Marriage Act, plus his promised support for a comprehensive hate crimes bill and federal employment non-discrimination legislation that encompasses sexual orientation, his vision and leadership as well as his economic, environmental and foreign policies will steer America back on the right course.
On the other hand, a win for Senator John McCain would serve to do the opposite. He even recently announced his opposition to same-sex adoptions, which does nothing more than to punish innocent children.
Moreover, the next president will be faced with the likely prospect of filling two to three Supreme Court vacancies, which is crucial for many reasons, not the least of which is the likelihood the Court will face the question of the constitutionality of same-sex marriage bans.
For these reasons, the election of Sen. Obama is vital to our community, the nation and the world. And that is why I am imploring you to accept the vice-president position on the ticket with Sen. Obama should he ask that of you.
I fully understand your previously expressed views that you would not be interested in being on the ticket. I acknowledge that your work on climate change is far more significant than your political aspirations. I also recognize that you had been the vice-president for eight years and do not look forward to a repeat of that experience.
But please consider the fact that your addition to the ticket will all but guarantee the victory for Sen. Obama. With your extensive resume, you add the foreign policy and military gravitas that he lacks for which he is being unfairly vilified.
You are well respected and admired around the world, and your mere presence in the Administration would restore America’s good will and make it easier for other countries to embrace our ideals. As such we would fight a smarter war on terrorism and would gain the needed cooperation from other nations.
Mr. Vice-President, you conjure up the affection from millions of Democrats and Independents as a result of the 2000 election fiasco and your statesmanlike post-Vice-President years when you rightly earned the Nobel Prize among other honors. You are popular with women and older voters who are crucial in battleground states. You will convince wavering Clinton supporters to support the ticket and add even more excitement from the electorate, including younger voters who applaud your concerns for their futures.
As important as those, I envision your role as vice-president would be significantly upgraded to reflect the new Administration’s commitment to climate change and energy independence. You recently challenged Americans on the need to use clean energy sources. As a partner in the Obama Administration, you would have an official platform to advocate the needed changes and to work directly with Congress to see them through.
While I am confident that Sen. Obama will prevail regardless of his running mate, I am concerned that the Republican fear and smear machine will effectively undercut him. The false rumors and lies that are perpetuated without any outrage from the McCain camp have already sullied a good man.
And these assaults just don’t solely stem from independent swift-boat types. Sen. McCain chided Sen. Obama for not visiting Iraq. Now he’s attacking him for doing so. When will this end?
This is where your position on the ticket would help mitigate the effects of the GOP’s tactics. You, along with Sen. Obama, will unify an emboldened Democratic Party and bring new voters to more than offset the ignorant, the racists, the homophobes and those who maintain that Iraq attacked us on September 11.
The path of an Obama-Gore administration will lead us to a sound economy, a sane tax policy, universal health care, improved education, a better chance for peace in the world, concrete steps to effect climate change, and yes, full equality for all my GLBT brothers and sisters.
A guy can dream, can’t he?
Posted by Steve Charing at 2:40 PM