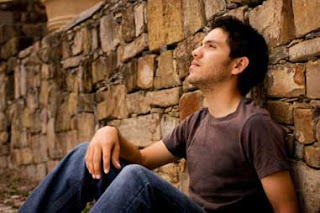 Despite progress on other fronts, AIDS, addiction and apathy grip the LGBT community

Should California’s voters uphold its newly won legalization of same-sex marriage, it would provide a huge victory in the ongoing struggle for equality. If there is a favorable outcome in the presidential election, we may eventually see the end of the military’s failed "Don’t Ask, Don’t Tell" policy. We could also gleefully anticipate some long overdo progress on federal employment nondiscrimination legislation as well as other initiatives.
As positive as the outlook is—there is indeed a rainbow at the end of a very long tunnel—we must remind ourselves that there is a darker reality embedded in our successes.
Several grim problems still afflict our community. In my view, the three most serious of these are the triple-A threats of AIDS, addiction and apathy. They are arguably the biggest challenges facing our community today.
While the broader population must also deal with the very same issues, these scourges appear to hit the LGBT community hardest because of several factors, with societal rejection, alienation, depression and lower self-esteem among them. And they are not entirely independent of each other; there is palpable evidence that HIV and addiction are connected. Although apathy may also be linked to addiction, it seeps into all segments of the community and impedes political progress.
Clearly HIV/AIDS is the most life threatening. Men who had sex with other men (MSM) reported the largest percentage (46%) of HIV/AIDS infections last year in the U.S. Many health experts attribute this trend to an increase in the number of young men having unprotected sex.
"Within the [MSM] community, the new generation would not have been through the 1980s and 1990s and they wouldn't have the high levels of awareness that the previous generations have," said Dr. Mukesh Kapila of the International Federation of Red Cross in an interview with Reuters. "[They have] the feeling perhaps that treatment is available, that maybe it's not such a fatal condition anymore."
We need to push hard that barebacking is potentially fatal, especially with partners whose HIV status is positive or unknown. Some of the younger members of the community are dangerously becoming too lax and feel immortal. They tend to take chances, especially when high or drunk.
Recreational drugs, such as cocaine, amphetamines, methamphetamine (meth) and others have been linked to sexually transmitted diseases, such as HIV/AIDS, largely as a result of impaired judgement and a higher level of risk-taking. For example, nearly 10% of gay and bisexual men responding to a Michigan Department of Community Health survey reported that they had engaged in unprotected sex when they were under the influence of drugs or alcohol.
Substance abuse has significant health, economic and social consequences, and the LGBT community is particularly vulnerable. Alcohol and drug abuse affects an estimated 20-30% of the gay and lesbian population—a rate that is two to three times higher than the general population.
The younger members of our community are most at risk. Substance abuse among gays often begins in early adolescence when youth first begin to struggle with their sexual orientation and the accompanying homophobia from family, friends and society in general. In response to this anxiety, many LGBT youth turn to alcohol and drug abuse.
Though not as devastating as AIDS and addiction, political apathy within the LGBT community is a blot that also needs to be eradicated. It is thwarting progress for equality and social justice as we attempt to gain political influence and power.
Unless one is an activist, it is difficult to find gay men or lesbians interested in issues that are important to the LGBT community, let alone take action on them.
"The slow crawl toward equal rights is hindered each day by the apathy within our own community," said Josh Sullivan, a volunteer for Equality Maryland and a parent of an adopted child. "Taking a few minutes to call your legislators and tell them your personal struggle for equality while detailing the impact on your life and family is far more powerful than donating money."
It would be gratifying to see the same large crowds attending pro-gay rights rallies as those who show up at pride events. But there is more fun in partying and whatnot than to speak to a legislative representative. Somehow we need to get our folks more mobilized lest we fail to progress further.
Yes there are other issues that beset our community like racism, ageism, domestic violence and poverty. But we must also work hard to address the growing triple-A threats of AIDS, addiction and apathy.
Posted by Steve Charing at 11:50 PM