A Prideful Summer So Far 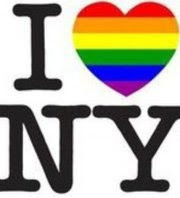 As we start the summer season in earnest, there are some very positive developments in our quest for equality. I would like to comment on a few of them.

Start Spreading the News. The big item was the passage and signing into law of a marriage equality bill in the Empire State. The action taken by the New York State Senate (33 to 29) and the heroic leadership of Governor Andrew Cuomo, New York City Mayor Michael Bloomberg, the previous two governors, the strength of other courageous senators and assemblymen including Republicans, the hard work of LGBT organizations and the many people who supported the effort led to this significant victory.

The initial celebrations aptly occurred in front of the Stonewall Inn. The major party took place during the well-timed Pride Parade that Sunday.

The contrast between the leadership, courage and conviction of Governor Cuomo and Maryland Governor Martin O’Malley is instructive. Where the resolute Cuomo personally and publicly lobbied for the passage of the bill, O’Malley held some “behind-the-scenes” conversations with lawmakers but then ruined it all by stating that the people should decide. The Washington Post Editorial Board commented: “As we learned in NY, legislation of this significance needs more than rhetorical hand-holding by the governor. It needs determined leadership.”

Happy Pride. Hats off to the GLCCB for a dazzling weekend of Pride celebrations in Baltimore. Thousands participated in the two-day celebration, and considering the GLCCB’s Executive Director, Craig Wiley, had resigned at the end of April, the extravaganza was run smoothly.

Kudos to GLCCB President Trevor Ankeny; Gary Wolnitzek, Director of Programming and Operations who functioned as the fourth Pride coordinator in as many years; Donald Young, Parade Coordinator; and the legions of volunteers for their outstanding work.
Personally, I enjoy the festival’s laid back atmosphere most, but who doesn’t love a fabulous parade? I want to thank the many visitors to the Baltimore OUTloud booth who offered encouragement and thanked us for our service to the community.

Rainbows Replacing Purple and Black. A sad consequence from the NFL lockout was the cancellation of Baltimore Ravens’ open practices that are normally held at McDaniel College in Westminster. However, the Carroll County city held its first Diversity Awareness Weekend on June 25-26 at the St. Paul's United Church of Christ, an open and affirming church. Open and Affirming is a movement within the United Church of Christ that welcomes people of all sexual orientations and gender identities There were exhibits, panel discussions, films, workshops and music at the event.

And of no small consequence Mayor Kevin Utz proclaimed Diversity Weekend in Westminster. That city and Carroll County in general lag behind the more progressive jurisdictions in the state when it comes to LGBT issues. However, Thom Ballantine, a deacon and events coordinator at St. Paul's, noted the county has become a lot more supportive of the LGBT community over the years.

“When I moved to Westminster in 1997, it was like I was the only gay man living in the whole county," Ballantine told the Carroll County Times. "Now there's a PFLAG chapter and a welcoming church, which shows the LGBT community that they don't have to remain in hiding anymore.”

Still Evolving. President Barack Obama spoke before a predominantly LGBT audience at a DNC fundraiser in New York just a few days prior to the historic marriage equality bill signing. After touting his Administration’s significant accomplishments on LGBT issues (repeal of DADT, signing a hate crimes bill, refusal to defend DOMA in the courts), he re-stated his position on marriage that it’s still “evolving.”

“I believe that gay couples deserve the same legal rights as every other couple in this country,” he told the audience. But he has not yet made that leap from marriage is only between a man and a woman to full marriage equality.

The President’s reluctance to declare support for marriage equality has irked many activists. They feel he is too cautious on an issue that is gaining public support and that they believe is a position he supports deep down.

In a recent editorial, the Baltimore Sun asserted that if the President declared his support for marriage equality, it would be beneficial to the movement in Maryland. He would have more sway than any other leader with religious African-Americans who largely oppose marriage for same-sex couples. The President could be a difference-maker in the 2012 General Assembly if he comes around given that our efforts failed this year by only a couple of votes in the House of Delegates.

A Good Night Out. The 7th annual Night out with the Nationals on June 21 was special on many levels. Nearly 3,400 LGBT folks attended the game between the Washington Nationals and Seattle Mariners, which was won by the home team 6-5 in a stunning come-from-behind walk-off victory.

Daniel Hernandez, the intern credited with helping to save Representative Gabrielle Giffords’ life in Tucson, and who was hailed as a hero by President Obama, threw out the ceremonial first pitch at Nationals Park. Openly gay John Berry, Director of the Office of Personnel Management and Amanda Simpson, the first openly transgender presidential appointee, were also on hand. The Gay Men’s Chorus performed the National Anthem prior to the game.

Plans are afoot to hold the first ever Night Out with the O’s this September. Stay tuned.

It Was Only a Joke. Finally, it was gratifying to see comedian Tracy Morgan publicly apologize for his tasteless jokes about gays and lesbians in a supposed comedy routine at Nashville’s Ryman Auditorium. Most serious was his irresponsible comment that he would stab his son to death if he turned out to be gay or had a “gay voice.”

But Morgan did profusely apologize. He partnered with the Gay and Lesbian Alliance Against Defamation. He met with homeless gay teens and a mother who lost her child to anti-gay violence. He swore up and down that he didn't have an anti-gay bone in his body.

This, in itself, is progress. Imagine such contriteness from the late anti-gay comic Sam Kinison?