The end of the year means another list somewhere, and this blog is no exception. The Covid-19 pandemic and its resulting closures of theaters has effectively eliminated my theatre reviews typically contained in this blog over the years. Accordingly, most of the posts during the year focused on politics with particular attention to the presidential race.

The Top 10 posts are listed in reverse order according to the amount of page views. You may click on the title of each to access the full post.

10. A Biden-Abrams Ticket Sounds Like a Winner  (April 2020). I tried to make the case that Stacey Abrams and the excitement she would bring to the ticket should be considered for Joe Biden’s running mate to help stoke African American voters in the upcoming election.

9. Trump's Handling of the Pandemic: Negligent Homicide  (October 2020). First it was Trump’s denial of the pandemic by calling it a hoax. Then he admitted to playing it down so it would not frighten the people. Then he eschewed the wearing of face masks. And throughout, there was no national testing plan and blamed Democratic governors and media. People died on Trump’s watch unnecessarily because he politicized the pandemic.

8. Why Pete's Nomination Should Sail Through  (December 2020).  President-elect Joe Biden nominated Pete Buttigieg to head the Department of Transportation. If the nomination is successful, he would be the first confirmed openly LGBTQ person to serve on the cabinet. Despite some bigots in the Senate, I explained why it should be an easy confirmation.

7 New LGBTQ-Friendly Establishment Opens in Mount Vernon  (February 2020). In the wake of prominent gay bars closing and before there was Covid, a chic new establishment called The Manor Restaurant and Ultralounge opened its doors in the old Brass Elephant building in Baltimore’s Mount Vernon gayborhood.

6. ‘Stand Back and Stand By’: What is Trump Up To?  (September 2020). During his final debate with Joe Biden, Donald Trump failed to denounce white nationalism and told the right wing extremist violent Proud Boys to “stand back and stand by” claiming he never heard of the group. In the post I speculated about the dangers of Trump’s losing the election.

5. Ticked-off Trump Threatens Tallies  (November 2020). I used an alliterative device to tell of Trump’s tempestuous temper tantrums to a tee following his loss in the election.

4. A Dress Rehearsal for November?  (May 2020). In the midst of the COVID pandemic, Trump urged his followers to liberate the states. In Michigan a group of armed protesters entered the capital building. This level of intimidation and inciting violence gave Americans reason to fear the aftermath of an election that did not go Trump’s way.

3. Why is This Race Even Close?  (September 2020). From his mismanagement of the pandemic to calling military personnel “losers and suckers” to knee-capping the post office system, Trump had so many miscues it was impossible to enumerate them all. Yet, he remained within striking distance according to most polls. I offered up some explanations.

2.There Used to be a Gayborhood in Mt. Vernon (12/2020). The demolition of the building in which the gay bar Grand Central once occupied for 30 years is a symbolic reminder of how 'gay' has been scooped out of the Gayborhood in this midtown Baltimore area. 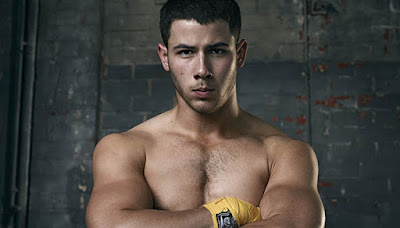 1. No Rainbow Over the Kingdom  (August 2020). A departure from the political scene, this post was by far the most viewed during 2020. The three- season series that is streaming on Netflix presents the conflicts and bonding of families with the gritty world of mixed martial arts in the background. The post explores the treatment and portrayal of the one gay character in the series, his internal battles climaxing with his dramatic and consequential coming out. A prominently displayed spoiler alert is provided for those in the process of watching the series. 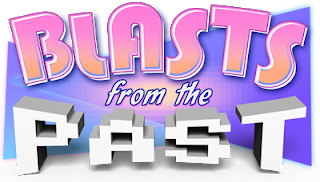 Besides those above popular posts from 2020, below are several posts from previous years still garnering many views in 2020 (in no particular order):

Posted by Steve Charing at 1:24 AM